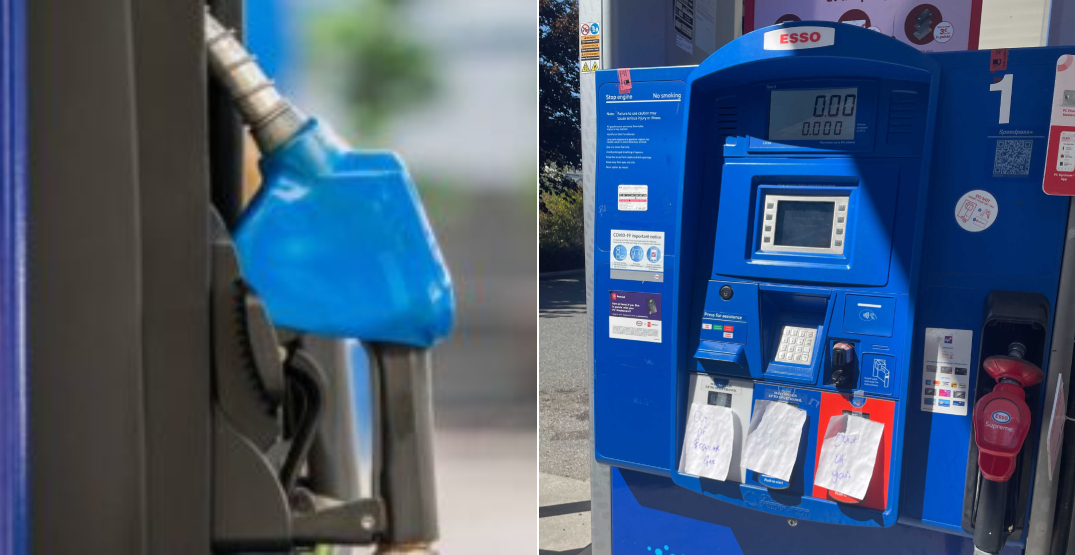 If you’re driving through Metro Vancouver and seeing 0.0 posted at gas stations, taped-off pumps, or signs reading “out of gas,” you are not alone.

Some locals in the Lower Mainland searching for a pump are posting on social media that their nearby gas stations have been closed for days now.

Many people are now on a scavenger hunt to find gas — fuelled up, if you will — over this apparent shortage.

👀 Wow! I have not seen gas prices this low in, well, forever. And as luck would have it, I spot this while out for a walk and not driving by. 😉 West Broadway at Burrard, #Vancouver. #gasprices #GasPricesAreSoLow pic.twitter.com/G6xxlG6Qqk

So I decided to go for a hike today. Oh noes running low on fuel! But okay- Only one gas station along this bit of highway, next one too far away for my fuel. And the gas station is out of gas 😭isnt this how Mad Max started @Chevron West Vancouver pic.twitter.com/fay7FVZIF0

The Ministry of Energy, Mines and Low Carbon Innovation said it is aware there are reports of low gasoline available at certain gas stations in the Lower Mainland and has reached out to fuel distributors to better understand the situation.

“We understand there are a number of contributing factors including a temporary refinery shutdown in Washington,” a statement from the Ministry reads.

Like the last years disastrous floods in the fall, gas shortages followed in some areas because of the availability of fuel in B.C.

“Last year we saw how fuel suppliers rose to the challenge and worked to overcome difficult logistics, and we expect they will do the same now in order to continue serving their customers,” the email statement added.

Simultaneously, the region is seeing a drop in prices as predicted last month by a market indicator.

On Friday, the Gas Wizard predicts Vancouver residents can expect a bit of relief at the pumps with an average price of 185.9 cents per litre.

According to GasBuddy, as of Thursday afternoon in BC, gas is as low as 172.9 in Abbotsford and ranges from 186.9 to 189.9 in Vancouver, Burnaby, Surrey and Richmond.

The highest-ever gas prices observed in Metro Vancouver were around 236.9 back in June.