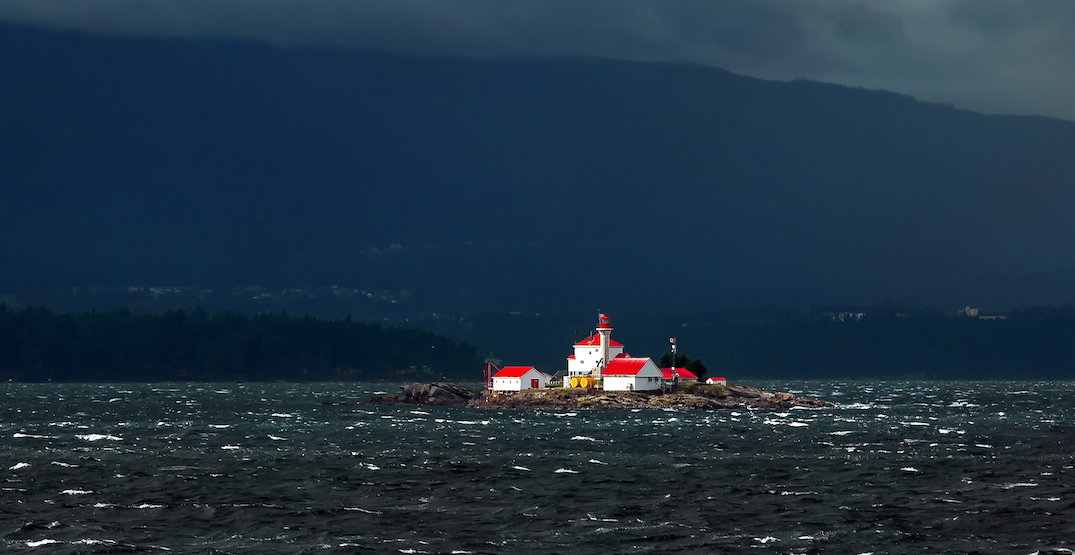 Waves breaking and high winds around a lighthouse off the east coast of Vancouver Island in the Strait of Georgia. (Shutterstock)

The federal meteorological agency issued a special weather statement at 4 pm Saturday, calling for southeast winds of up to 70 km/hr for Metro Vancouver, Southern Gulf Islands, and the communities at the mouth of Howe Sound.

The winds will begin easing in the afternoon of Monday.

These conditions are the result of a strong cold front that will make its way through southwest BC over the next 48 hours.

Westerly winds are also forecast for the eastern entrance of Juan de Fuca Strait on Monday, which will affect Greater Victoria.