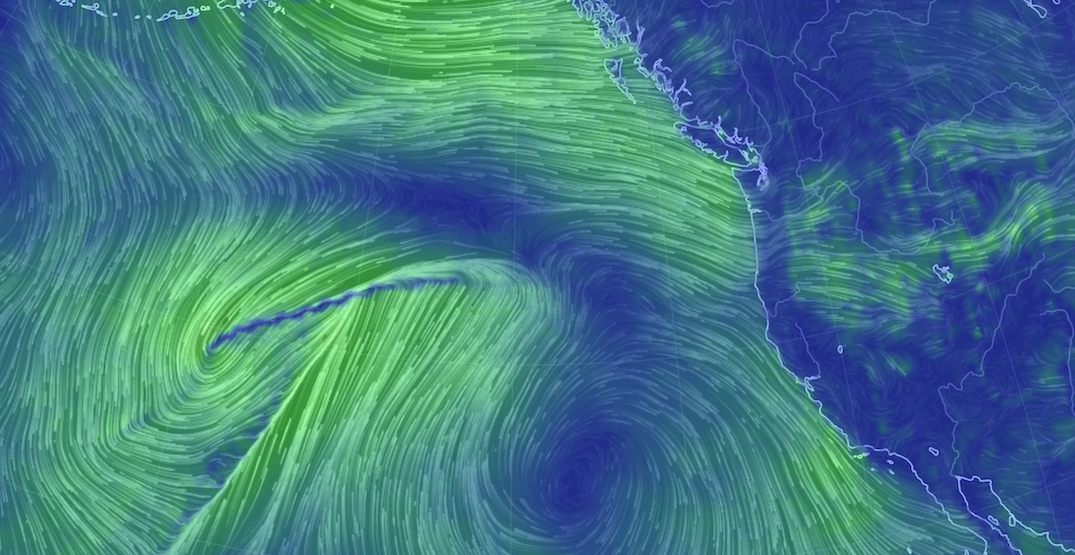 Weather map of approaching Pacific storm as of the afternoon of January 1, 2020. (Earth Wind Map)

Following the storm on New Year’s Eve and the short reprieve from inclement conditions on the first day of the decade, Environment Canada has issued a special weather statement for another approaching “strong Pacific storm” from the southwest.

According to the bulletin issued at 4:32 pm Wednesday, the storm will approach the coast on Thursday, making landfall on Vancouver Island late Thursday morning and the Lower Mainland early Thursday afternoon. 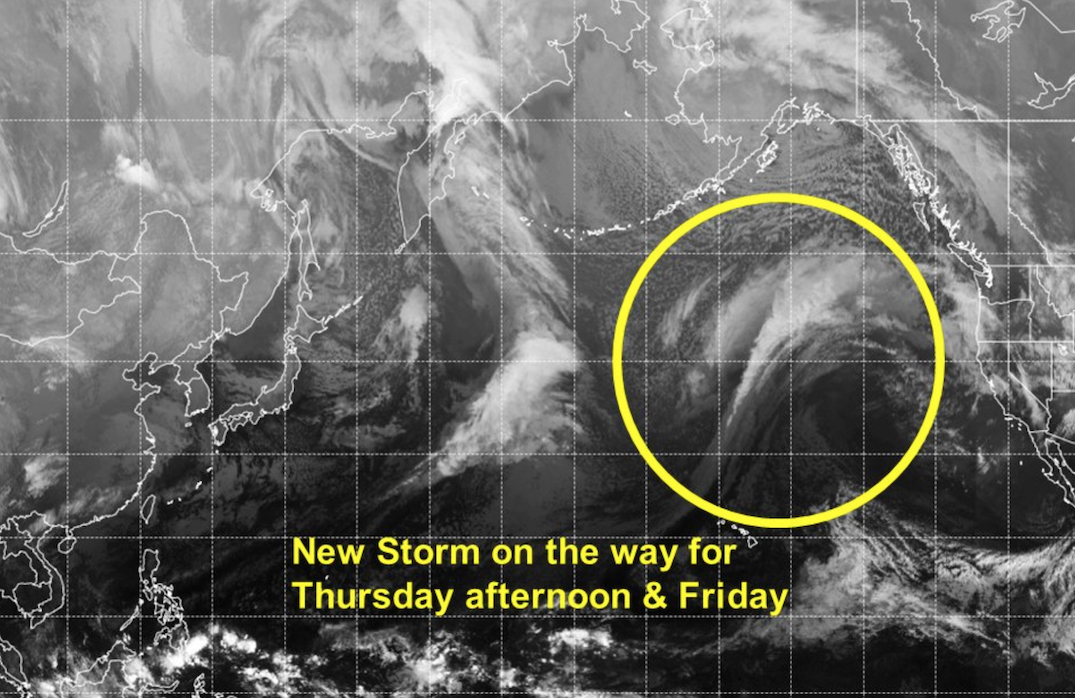 Approaching Pacific storm as seen from satellite on the afternoon of January 1, 2020. (Environment Canada)

Temperatures by the water in Metro Vancouver will reach a high of 5°C on Thursday and 10°C on Friday.

“Initially temperatures will be cold enough to allow some of the precipitation to start as wet snow over higher elevations of Vancouver Island and the South Coast,” reads the bulletin by the federal meteorological agency.

“By Thursday evening, warm air accompanying the storm will drive freezing levels and temperatures higher so that precipitation changes to rain for most communities. The exception may be Whistler and the Sea to Sky Highway from Squamish to Whistler where snow could persist longer.”

The bulletin also notes that heavy rainfall and strong winds will continue all day on Friday. The highest rainfall amounts can be expected over the central coast, north and west Vancouver Island, areas of Squamish, northern areas of Metro Vancouver, and the Fraser Valley.

“In areas where snow does accumulate, a higher chance of localized flooding is possible due to rain or snow,” continues the bulletin.

High winds from the storm on December 31 forced the cancellation of the NYE fireworks at Cypress, Grouse, and Seymour mountains and at the Space Needle in Seattle.