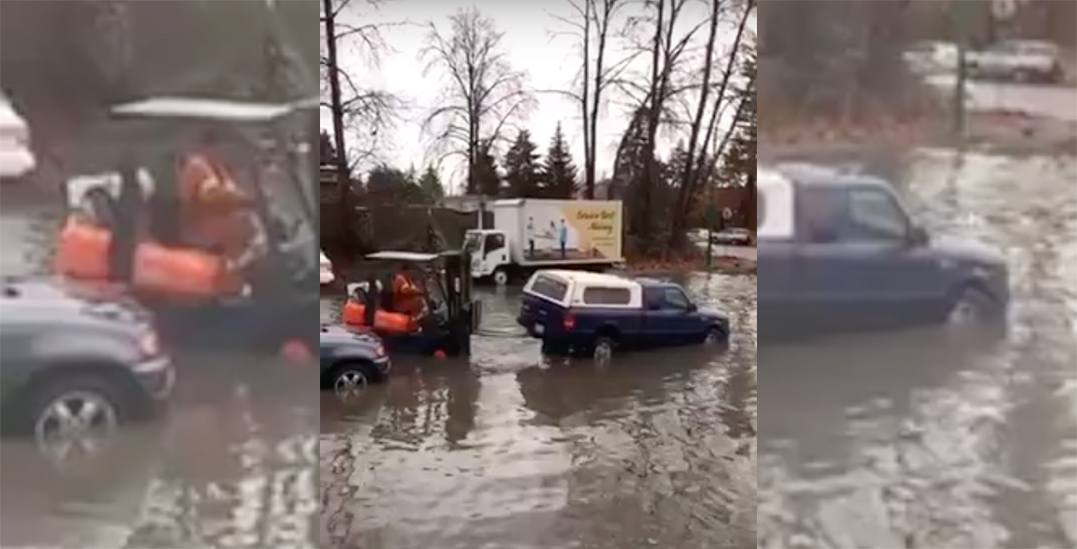 The torrential rainfall around Metro Vancouver is continuing for a third straight day, hitting much of the Lower Mainland with localized flooding and horrid commuter conditions.

Even so, city staff are assuring residents that they’re prepared for the heavy rainfall.

Here’s a look at how the certain parts of Metro Vancouver have been affected by the weather.

This video was sent to me of the current road conditions on Still Creek Ave in Burnaby. Slow down , be safe and use common sense. pic.twitter.com/MeKg9PdXoo

#BCStorm Still Creek Dr is now Still Lake. My truck was a boat. PSA there is no way to get into McDonalds. pic.twitter.com/xbylkddYNZ

Water is starting to pool again on No.6 Road under the #Hwy91 overpass. Be careful out there everyone! @NEWS1130Traffic #bcstorm pic.twitter.com/o7NZJjqx4y

The #Hwy91 offramp at No.6 Road in #Richmond is turning into a lake! If you have any dash cam footage from this #bcstorm, please send it our way to [email protected] pic.twitter.com/5nSA0IlKJM

Pooling water on No.6 Rd under Hwy 91 overpass. On/Off ramp also affected. No.6 down to single lane on both directions, city crew on site. DRIVERS SLOW DOWN. #BCstorm @NEWS1130Traffic @AM730Traffic pic.twitter.com/v2dJBXUMmq