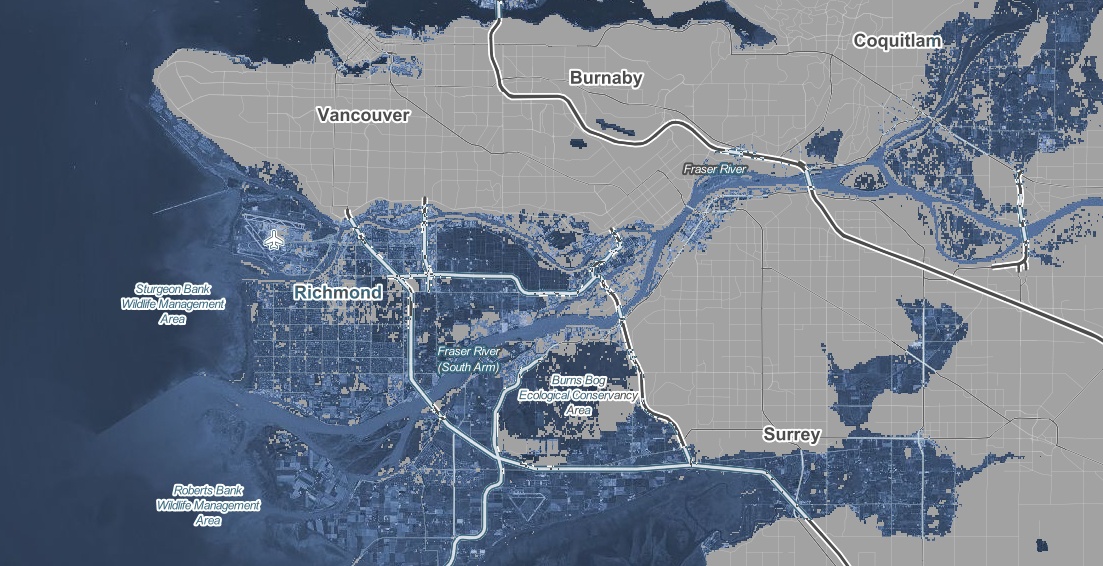 Delta and Richmond could be wiped out by rising sea levels, even if we succeed in limiting global warming, according to a series of interactive research maps.

The Seeing Choices maps are published by Climate Central, a group of scientists and journalists researching and reporting on climate change and its impact.

They show researchers’ predictions for sea level rises around the world by 2100, based on different global temperature increases.

First, we looked at Metro Vancouver based on limiting global warming to 1.5°C by the end of the century – the aim of the groundbreaking Paris Climate Agreement. 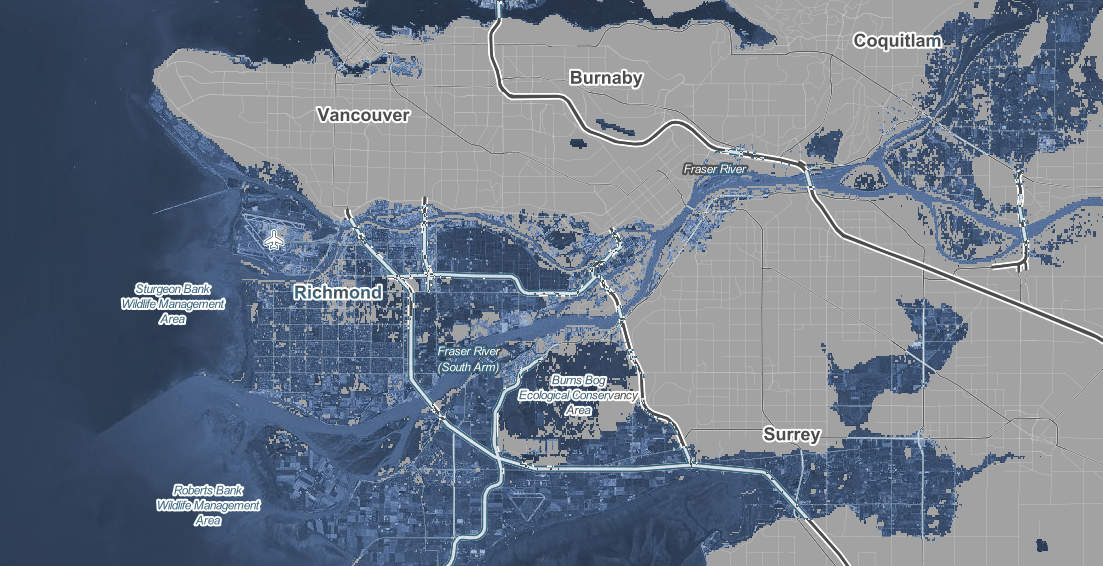 Even if the world meets that ambitious goal, Richmond, Delta, and parts of Surrey, Coquitlam, Abbotsford, and North Vancouver all disappear underwater by 2100.

In Vancouver, the waters also rise, flooding Science World, Canada Place, and Strathcona between Prior Street and the Greet Northern Way. 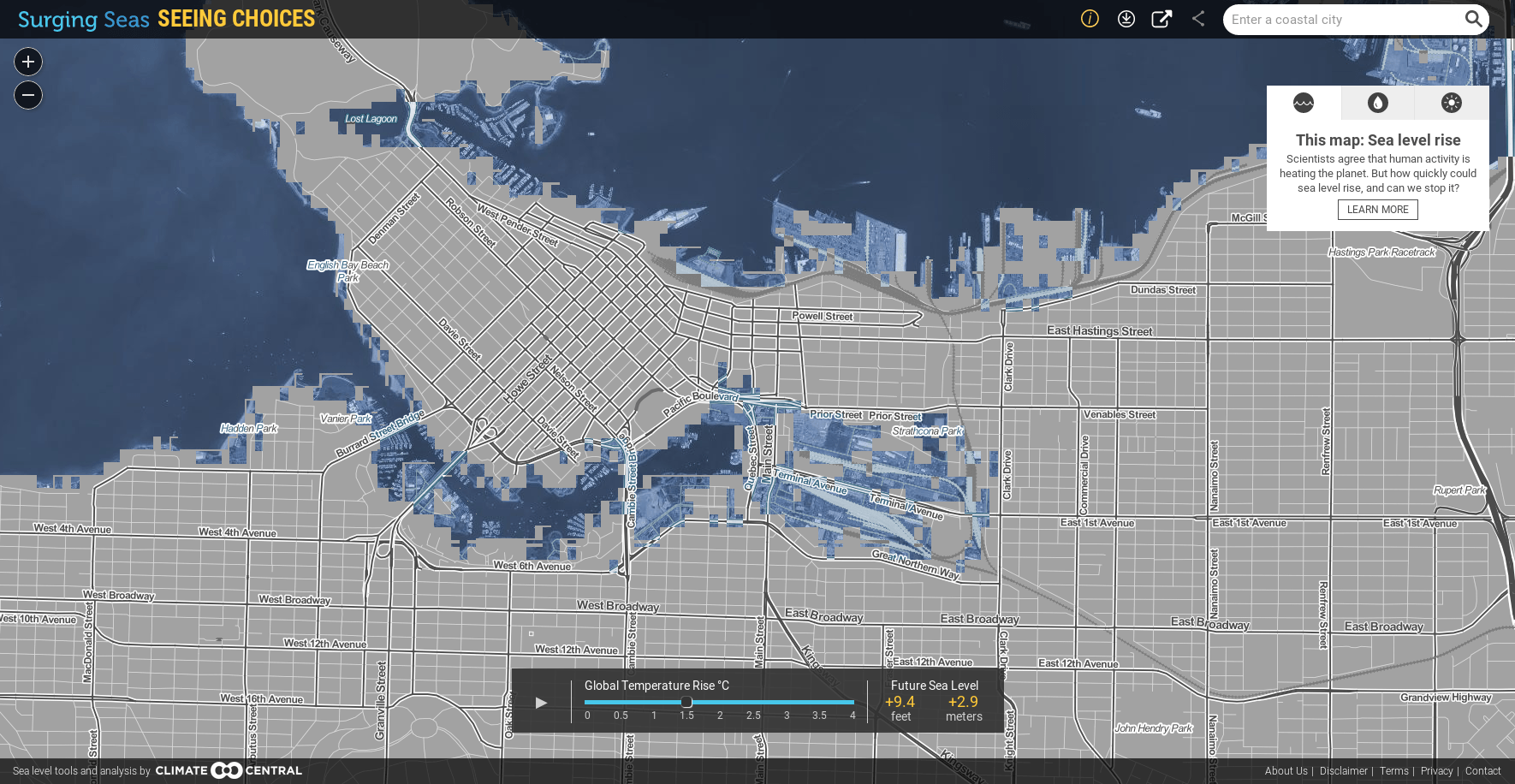 Predicted flooding in Vancouver in 2100 with a 1.5°C global temperature rise. (Climate Central)

But what if we don’t meet that objective? Well, at 2°C temperature rise, even more of Surrey, Coquitlam, and Abbotsford are wiped out, as the flooding spreads.

But let’s suppose we completely fail in our efforts to slow global warming, and by 2100, we’ve seen a global temperature rise of 4°C.

Stanley Park is an island. The south side of BC Place is flooded. Andy Livingstone Park is gone. Coal Harbour is underwater. The Lost Lagoon is lost. 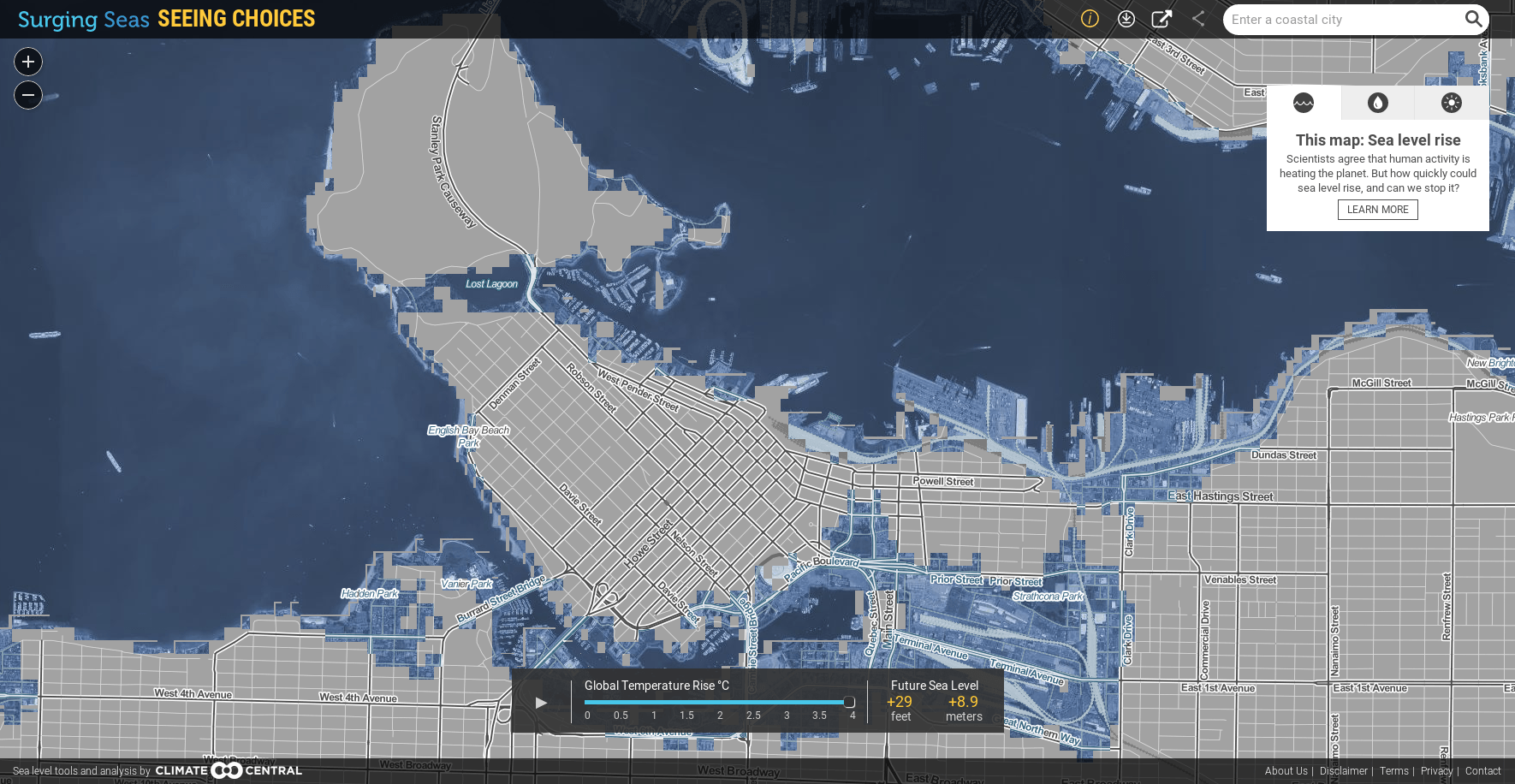 Predicted flooding in Vancouver in 2100 with a 4°C global temperature rise. (Climate Central)

On their website, the researchers explain the maps are intended to show how anything we can do to slow climate change can make a big difference.

“Every fraction of a degree of global warming sets in motion sea level rise that will profoundly threaten coastal cities across the world,” write researchers.

“Every fraction of a degree prevented will save some.”