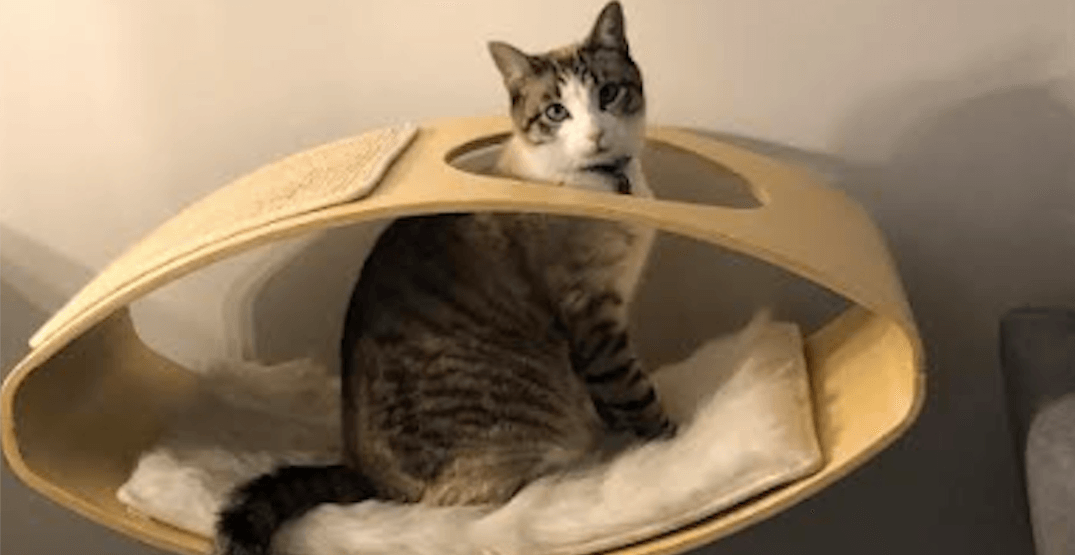 Story contains images some may find graphic. Discretion is advised.

A family cat is suffering and may lose a leg due to a trap set somewhere in the urban section of Ladner, prompting renewed calls for municipal intervention in trapping and another reward from a wildlife protection non-profit.

According to animal welfare group The Fur-Bearers, a three-year-old cat named Blu found his way back to his owner’s home in Ladner recently, while suffering from “severe damage” to a hind leg with dead and dying flesh (necrosis).

According to the vet treating Blu’s injuries, the injury is the “tell-tale result” of Blu getting stuck in a “foot-hold or body-gripping” trap.

“I’ve had pets my whole life and never experienced anything like this,” says Josie Moubert, Blu’s caregiver. “Whomever caught Blue released him from the trap but didn’t call the number on his collar.”

Based on the “level of rotten flesh,” it’s believed  Blu was in the trap for at least two days. 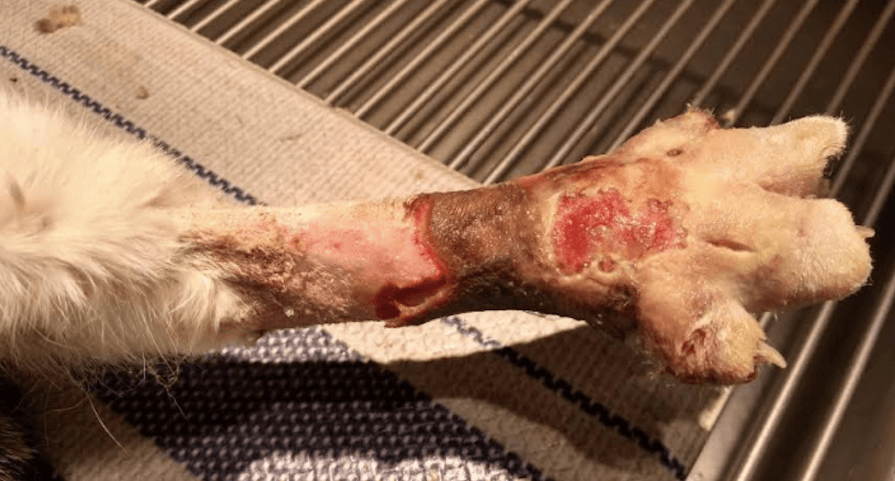 Blu’s case comes on the heels of staff at the City of Delta recommending the city not enact a by-law regarding traps, after a raccoon was also caught  by a foot-hold trap in the same neighbourhood.

“Municipalities in British Columbia cannot rely on the province to appropriately manage all wildlife-related issues, as can be evidenced by several enacting or asking to enact similar trap bans,” said Michael Howie of The Fur-Bearers.

This particular trap, he said, “was likely set within an urban environment, and possibly within sight of a large elementary school.”

Currently in BC, it is illegal to set a trap within 200 metres of a dwelling – but that is only enforced if traps are found, reported, and law enforcement can determine who set the trap, said Howie.

Now, The Fur-Bearers is offering a $1,000 reward for information leading to the identification and conviction of the person(s) responsible for setting this trap, should it be proven to be illegal.

“Everyone I’ve spoken to about what happened to Blu is disgusted by it,” said Moubert. “Our family still doesn’t know if he’ll make it.”

The Fur-Bearers said that although a number of BC municipalities –including Surrey, Sechelt, White Rock and Nanaimo – have all put forward by-laws prohibiting traps or
requested clarity from the province regarding their ability to do so, since 2013, “none have received a clear response.”