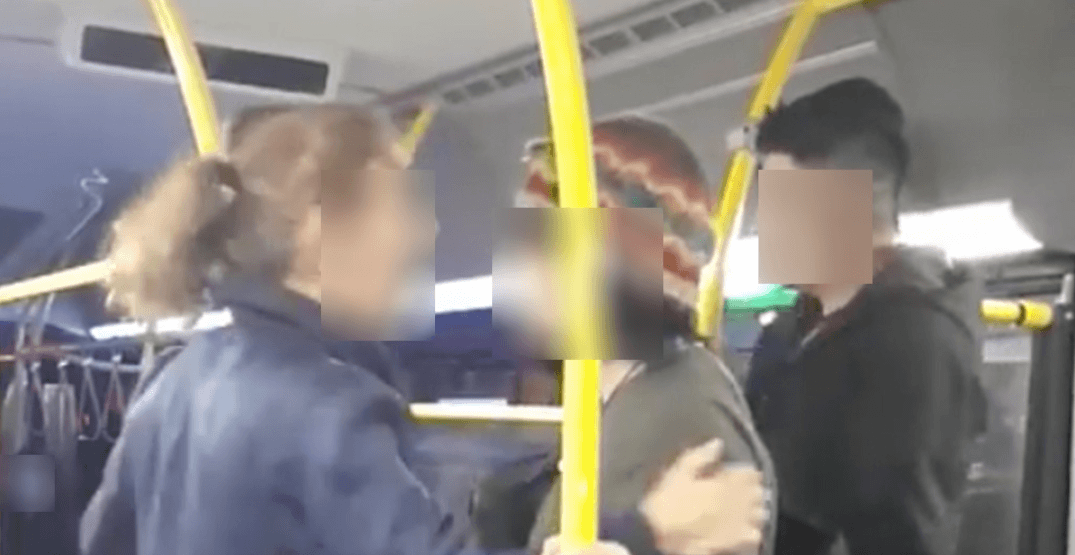 A situation reportedly involving an empty seat on a Metro Vancouver transit bus over the weekend, quickly escalated into a racist tirade, with the whole thing being captured on video.

In a Facebook video posted on Sunday, Christine Starr writes that she was taking the bus into Vancouver from Horseshoe Bay, when the woman in the video started “yelling at everyone on the bus, just because she didn’t wanna give up the seat next to her.”

Starr said the woman started being racist and the situation quickly escalated.

Throughout the video the woman can be seen being confrontational with numerous passengers and at one point, screaming directly in a customer’s face.

When another passenger mentions that they are going to call the cops, the woman responds, “I really hope you do call the police.”

At another point, the woman, who exclaims she’s 59-years-old, threatens to “fucking kill” a passenger for “pointing their phone” at her.

The whole incident can be viewed below.

Metro Vancouver Transit Police spokesperson Sgt. Clint Hampton told Daily Hive that police are aware of the video and the incident is “currently under investigation.”