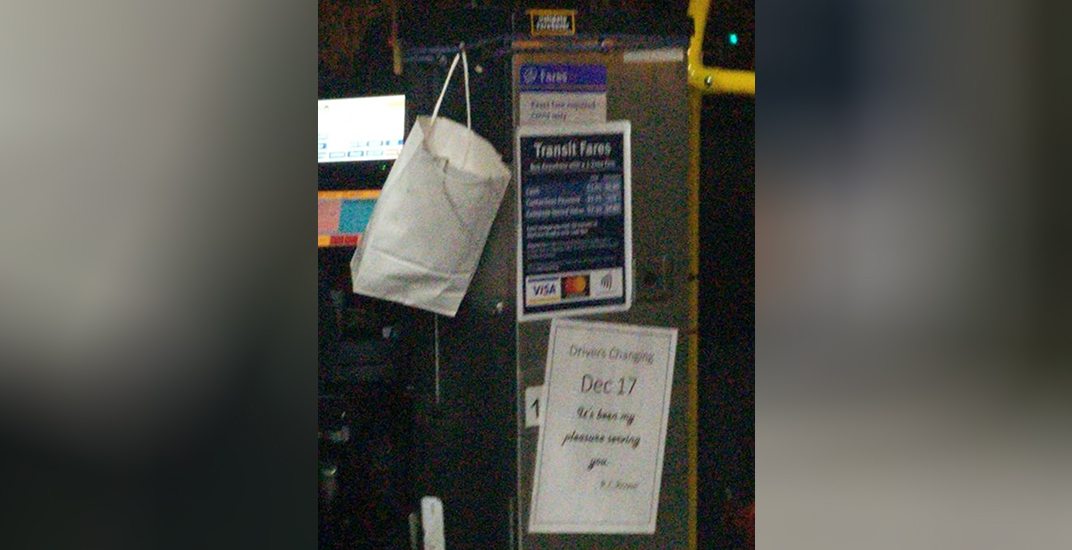 At least one bus driver with TransLink is spreading the holiday cheer by handing out candy to transit riders on their own dime.

A photo shared with Daily Hive shows a paper bag containing candy hanging off the fare box at the front of the bus, next to the driver’s seat.

According to the reader who wished anonymity, the photo was captured on the No. 103 Victoria Hill route just before 6 pm last Friday, as it was leaving New Westminster Station.

The driver also posted a sign onto the fare box that indicated that the bus would be changing drivers starting on December 17 (today). The sign reads: “It has been a pleasure serving you.”

And of course, the maintenance crew for the buses have also been volunteering their time and personal resources to light up a few of TransLink’s buses with Christmas lights, continuing a decades-long tradition.