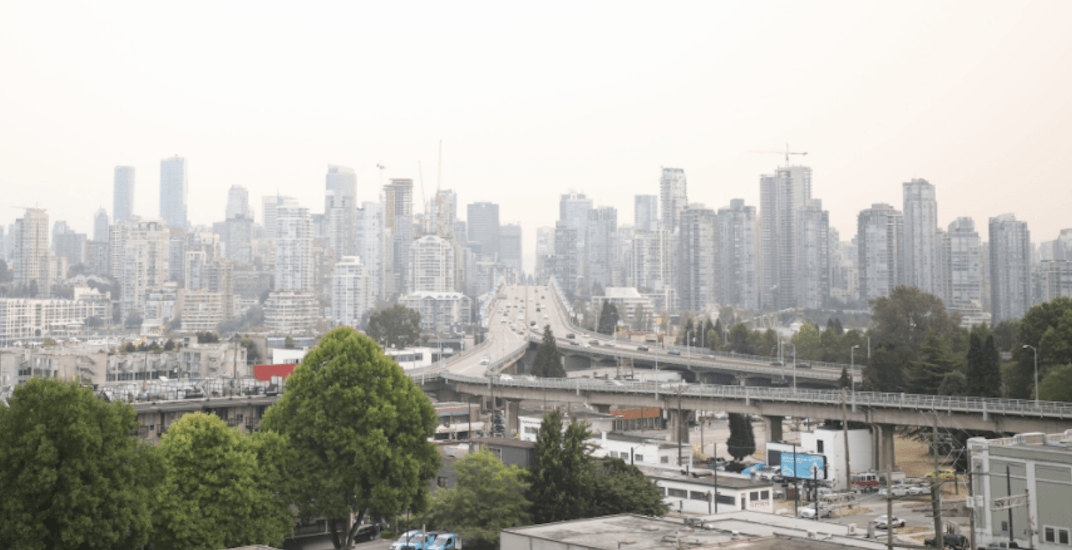 An air quality advisory has been issued for eastern parts of Metro Vancouver and the Fraser Valley.

The following areas are affected:

According to a statement issued by Environment Canada, the advisory was primarily issued due to “high concentrations of ground-level ozone that are expected to persist for a few days.”

The advisory also cites a noticeable haze coming from wildfire smoke in both the South Coast and Richmond, however, the ground-level ozone is explained to be the main culprit.

“Ground-level ozone is not emitted directly into the air. It is formed when nitrogen oxides (pollutants emitted when fuels are burned) and volatile organic compounds (emitted from solvents) react in the air in the presence of sunlight. The highest levels of ground-level ozone are generally observed between mid-afternoon and early evening on summer days.”

People are recommended to avoid strenuous outdoor activities in the mid-afternoon or early evening when ozone levels are the highest.

Exposure is mostly a concern for infants, the elderly, and those who have underlying medical conditions.

Those who experience symptoms such as chest discomfort, shortness of breath, coughing, or wheezing, are asked to contact a healthcare provider.

A heat warning that was issued last Monday also remains in effect for most of Metro Vancouver. The hot weather looks to continue pushing temperatures in the low-thirties and will persist through Tuesday.