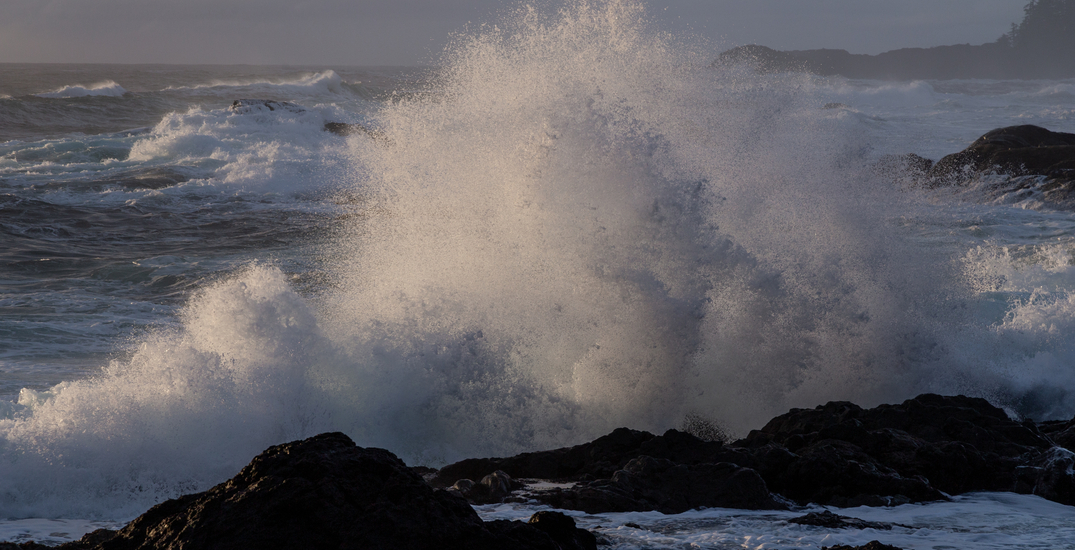 Environment Canada has issued a wind warning for parts of Metro Vancouver as coastal areas are battered by a “weather bomb.”

The alert was issued on Monday morning and is in effect for several areas, including:

Strong winds up to 70 km/h are expected today. Near the water, gusts could reach 90 km/h.

“Winds are expected to peak late morning but will remain strong throughout the day.”

The weather authority has also issued a special weather statement for southeast Metro Vancouver, including Surrey and Langley.

Forty kilometres per hour wind is expected, with gusts reaching 70 km/h. Gusts could hit 80 km/h near the water.

The high winds carry an increased risk of power outages and may toss loose objects, Environment Canada said. Residents should be conscious of breaking or falling branches.

The winds are expected to ease this evening as the storm moves inland.