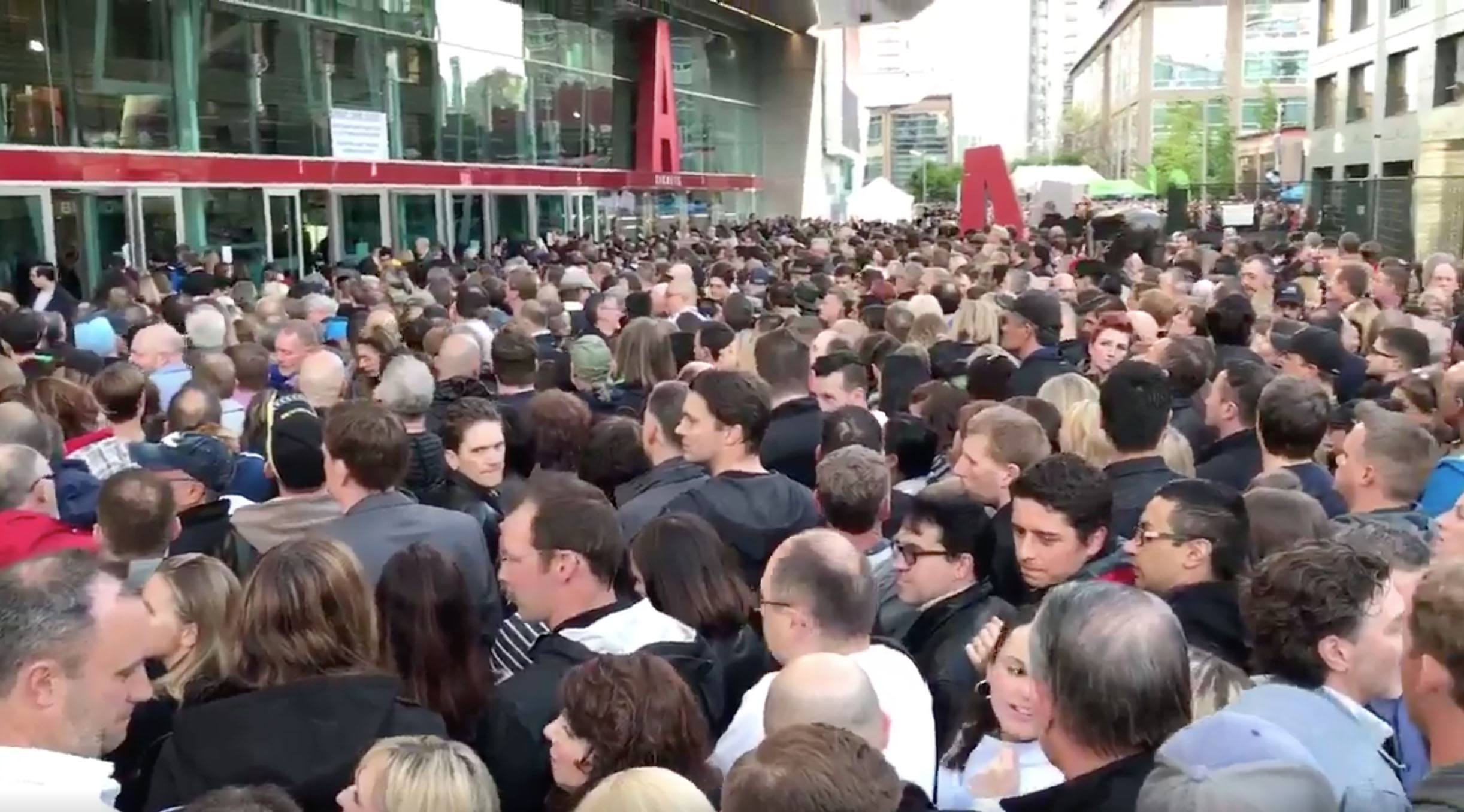 U2 fans stuck outside BC Place. (Scotty Thomas/Twitter)

After the mayhem that was experienced at the U2 concert this past spring, attendees for tonight’s Metallica concert at BC Place have been told to arrive at the stadium early to ensure they get to their seats in time for the start of the performance.

The entry process into the stadium now takes longer due to the use of ‘Enhanced Entry Procedures for safety and security’.

Although the Metallica performance starts at 8:30 pm, gates into the stadium open at 4 pm. There are two early acts prior to the Metallica, with Gojira at 6 pm and Avenged Sevenfold at 7 pm.

During the U2 concert on May 12, crowds of attendees were stuck outside from issues with the new credit card entry system designed to prevent scalping as well as a decision by event organizers to only open one gate for general admission and four gates for seated attendees. Many missed Mumford & Sons’ opening act, and the U2 set start time had to be delayed.

However, for tonight’s concert, all eight gates – A, B, C, D, E, F, G and H – will be open to all attendees. The gate listed on tickets will be the nearest entrance to the seat section.