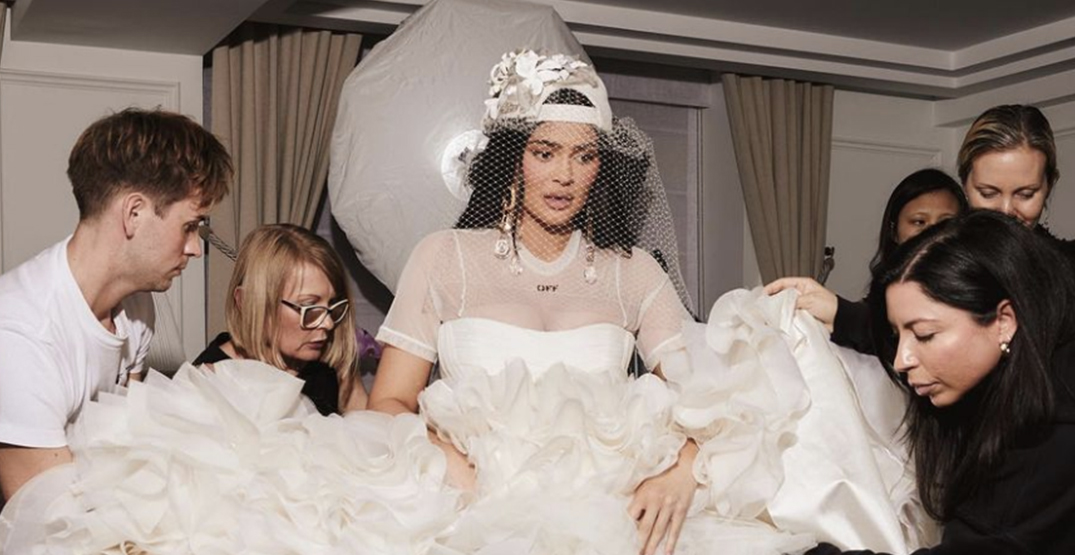 While some celebrities understood the assignment at Monday night’s Met Gala, others missed the mark and are being skewered by the masses online.

One of the stars being dragged by the court of public opinion is none other than Kylie Jenner.

For the first time ever, all five of the Kardashian sisters were in attendance at fashion’s big night out. However, this wasn’t Jenner’s first time on the red carpet.

Since 2016, the reality TV star has been known to turn out looks that didn’t stray far from the theme, which is why this year’s fit had the internet asking the same thing — what was she thinking?

“Kylie, baby, what is this,” one person tweeted.

kylie baby what is this #MetGala pic.twitter.com/fNz8CSiD5N

The night’s theme was “Gilded Glamour and White Tie” — an era between 1870 and 1899 where “clothing became grander and more over-the-top, a reflection of the time’s prosperity,” according to Vogue.

This saw women wearing highly formal accents to their outfits like bustles and extravagant hats. Examples of fashion from this era can be seen in films like Hello, Dolly!, Moulin Rouge!, and Crimson Peak.

Jenner wore an Off-White dress in honour of the late fashion designer Virgil Abloh. In a post on Instagram, she shared that she was supposed to attend the gala with Abloh before it got postponed in 2020.

“To celebrate V tonight and his incredible legacy truly means the world to me. I’m humbled to wear this dress and honour my talented beautiful friend. We felt you tonight Virgil and love you forever,” the caption reads.

While the sentiment behind the look is meaningful, and it definitely fit the bill for over-the-top, many were still not impressed.

Many took to Twitter to express their unbridled dislike for the look.

taking off my glasses for the night because after seeing kylie jenner’s 2022 met gala look I’ve seen enough pic.twitter.com/xK05FiCY4O

Others thought she looked like a familiar scene from the movie Bridesmaids and compared her dress to one James Corden wore for a skit.

Many shared what they thought would’ve been a better fit for this year’s theme.

“Kylie literally did a whole Harper’s Bazaar shoot that would have been perfect inspo and she really turned up in that…Off-White did her dirty,” one person tweeted.

Kylie literally did a whole Harper’s Bazaar shoot that would have been perfect inspo and she really turned up in that.. off white did her dirty😭 #MetGala pic.twitter.com/F91QhsMlK2

And others reminded us of her previous Met Gala outfits that slayed.

How we go from this to this? Really?
Kylie at Met gala #KylieJenner #MetGala pic.twitter.com/pmOE5bfw6e

What do you think about this look?