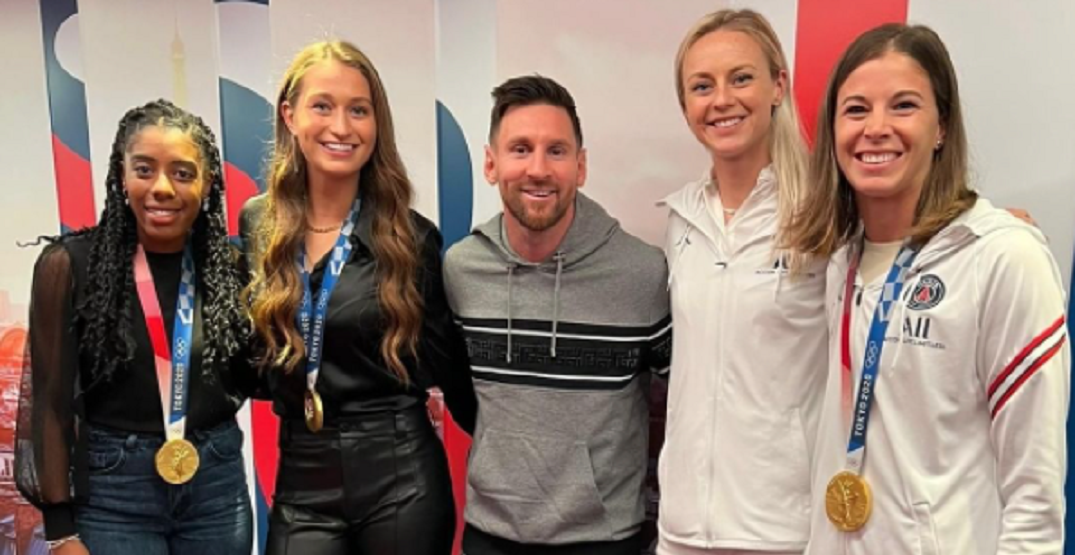 Argentina national team and Paris St-Germain soccer star Lionel Messi got the opportunity to hang out with a few world champions this past weekend.

Prior to Friday’s Ligue 1 match against Angers, Messi posed up with Ashley Lawrence, Jordyn Huitema, and Steph Labbe, who currently play for PSG’s women’s league.

The trio was honoured in a pre-match ceremony for their Olympic triumph.

PSG’s Amanda Ilestedt, who won silver with the Swedish team, also tagged along for the picture.

Canada, of course, topped Sweden in an unforgettable shootout this summer to claim their first Olympic women’s soccer gold.

It’s been a big year for Labbe in particular, who moved to PSG and got engaged to fellow Olympian Georgia Simmerling just weeks after an iconic shootout performance in the gold medal game.

PSG’s women’s side is undefeated through their first six league matches, having outscored their opponents 20-0.

The women’s national team is currently back in Canada for a celebration tour, which features matches this Saturday and next Tuesday in Ottawa and Montreal. Both games will be played against New Zealand, with further dates and locations for home friendlies to be announced in the future.