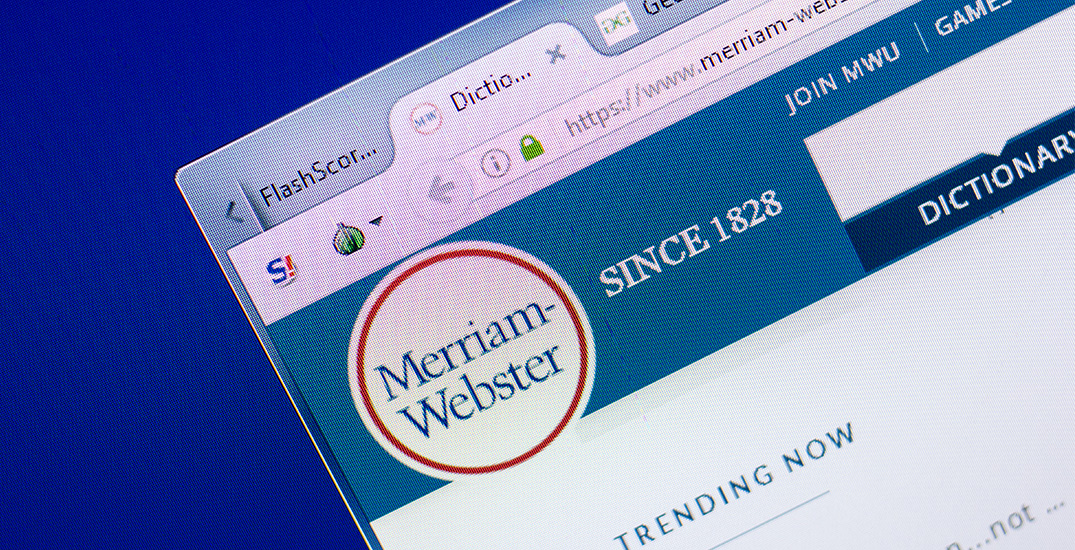 It’s a word that has saved lives but has also caused ideological division.

Merriam-Webster has named “vaccine” their 2021 word of the year.

“The biggest science story of our time quickly became the biggest debate in our country, and the word at the centre of both stories is vaccine,” stated the publishing company, known for its dictionaries.

Searches for “vaccine” on Merriam-Webster increased by 601% in 2020. The relevance of the word is even more clear when you compare the 1048% increase in lookups this year to the pre-pandemic days of 2019.

In August, searches for the word jumped by 535%, which Merriam-Webster credits to stories in the media that showed “discussions about policy, approval, and vaccination rates — rather than the vaccine itself.” At that time in Canada, vaccinations across the country were well underway and Moderna had just been approved for youth aged 12 and up.

The word ‘vaccine’
– saw a 601% increase in lookups this year over last.
– had continual spikes of attention through the year.
– was about much more than medicine in 2021.

The publishing company actually expanded the definition of “vaccine” in May because of the COVID-19 vaccine’s ability to “trigger an immune response in an entirely new way.”

The definition formerly read as “a preparation of killed microorganisms, living attenuated organisms, or living fully virulent organisms that are administered to produce or artificially increase immunity to a particular disease.”

It was replaced with:

1: a preparation that is administered (as by injection) to stimulate the body’s immune response against a specific infectious agent or disease: such as

a: an antigenic preparation of a typically inactivated or attenuated (see ATTENUATED sense 2) pathogenic agent (such as a bacterium or virus) or one of its components or products (such as a protein or toxin)

b: a preparation of genetic material (such as a strand of synthesized messenger RNA) that is used by the cells of the body to produce an antigenic substance (such as a fragment of virus spike protein)

Other words that made it on the list were “insurrection,” interest stemming from the violent US Capitol riots in January; “perseverance,” which shot to the top searches in February after NASA’s Mars rover of the same name landed on the red planet; and “woke” searches shot up throughout the year, especially during the November US presidential election.