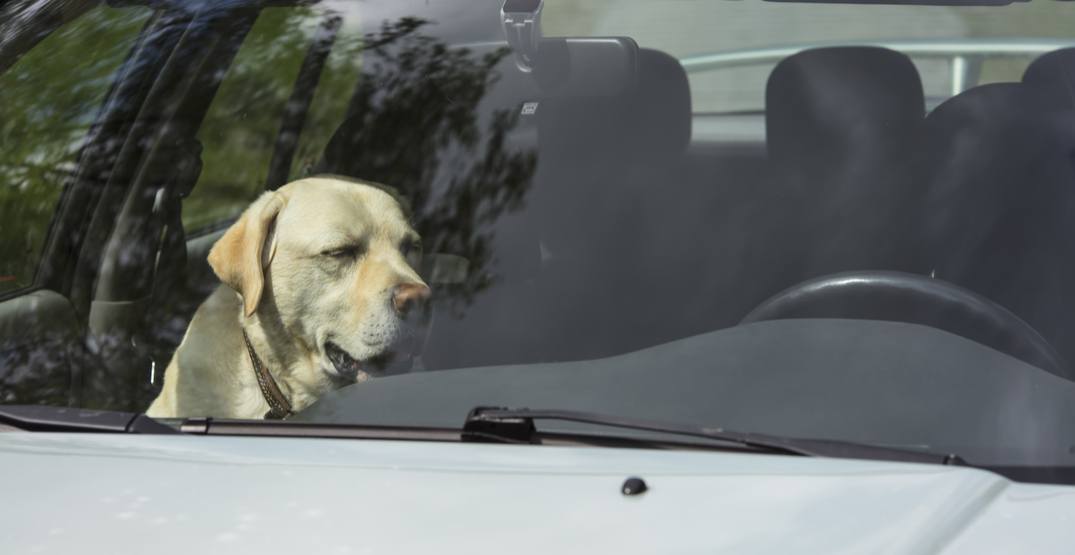 A photo of a dog stuck in a vehicle. (Shutterstock)

Police are reminding pet owners not to leave any animals in vehicles after two men rescued a dog in distress.

The Vancouver Police Department says that the men found the dog in a parked truck on Sunday afternoon, in the area of Pacific Street and Thurlow Street.

Police officers responded to the call and fortunately, the dog was able to be taken out of the vehicle and given water.

Sergeant Aaron Roed, Media Relations Officer for the VPD, says that the SPCA and Animal Control were also contacted for further investigation.

“With the hotter weather upon us we do have to think about animal safety,” says Roed in an emailed statement. “The VPD do recommend to not leave any animals in vehicles which are unattended.”

Daily Hive has reached out to the BC SPCA for further comment.

“Not only are you putting yourself at risk when you break a glass window, but also risk harming the animal – which might make them more nervous,” says Eileen Drever, a Senior Animal Protection Officer.