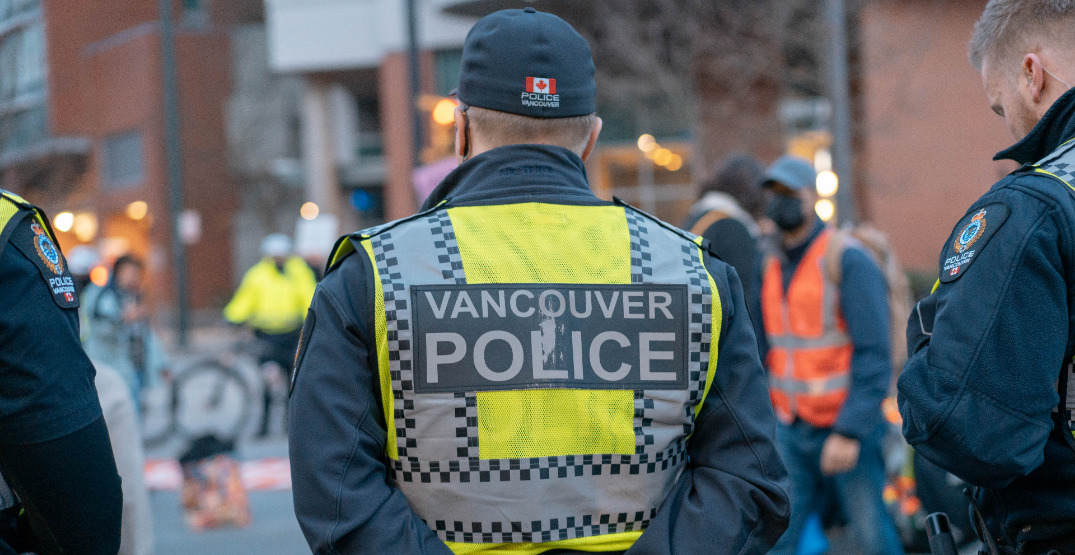 Vancouver Police say a man was arrested over the weekend after apparently “threatening to kill people at the Downtown Eastside Women’s Centre.”

According to a release from the VPD, this happened on Sunday afternoon.

A witness called 9-1-1 after the 31-year-old suspect apparently started to follow someone into the community centre on Columbia Street, uttering threats.

When officers arrived, they arrested the suspect after he apparently tossed the knife.

“Many violent crimes go unreported in the Downtown Eastside, and this arrest was made possible because several people acted quickly and did the right thing,” says Sergeant Steve Addison. “Their actions allowed VPD officers to respond immediately and arrest a violent suspect before anyone was physically hurt.”

The VPD is applauding a number of quick-thinking witnesses.

Earlier this month, charges were laid after a suspect pulled a meat cleaver on store staff during a mask dispute in downtown Vancouver.