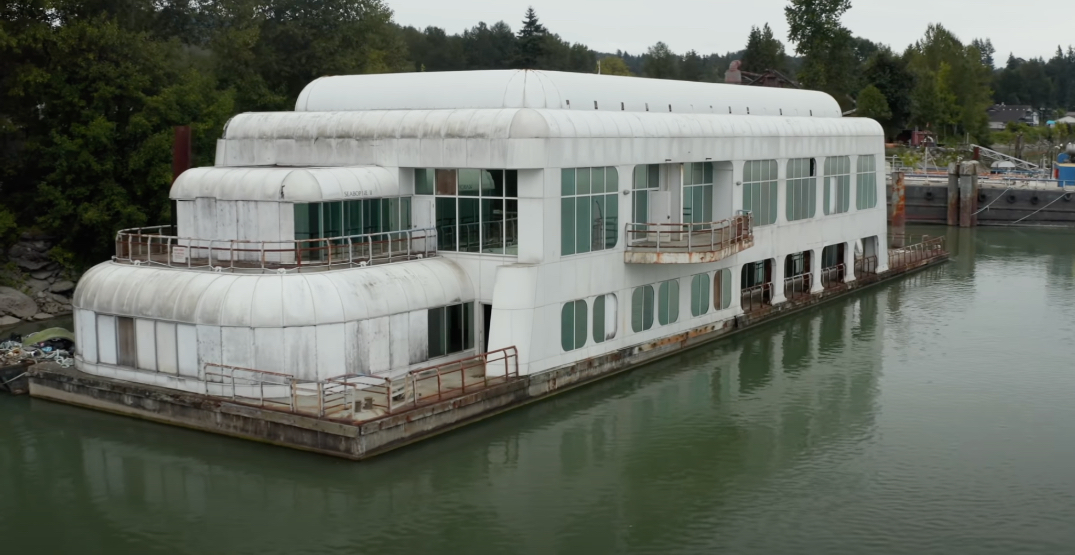 Could the McBarge be making a comeback? A new documentary by Bright Sun Films takes a tour inside the decommissioned floating McDonald’s anchored in Burrard Inlet and meets its owner who’s optimistic about the McBarge’s future.

Even though it’s been 35 years since Expo ’86, the iconic McBarge in Vancouver still captures attention.

New documentaries take you on a POV tour inside the gutted remains of the barge. It has missing windows, rusted doors, and it’s cavernous inside.

“Oh my god, the ceilings are…this is HUGE,” said the filmmaker in the video as he climbed up a staircase and emerged on another floor of the barge.

The documentary also introduces you to Howard Meakin, the current owner of the McBarge who bought it in 1990. He’s a developer who previously built restaurants for McDonald’s in Western Canada. “The bones of this have weathered the 30 years,” he said of the barge.

The documentarian shared that the future of the McBarge would see it as part of a larger development plan which is currently contingent on obtaining land. The new plans would include a rooftop deck that pays homage to BC and Expo ’86.