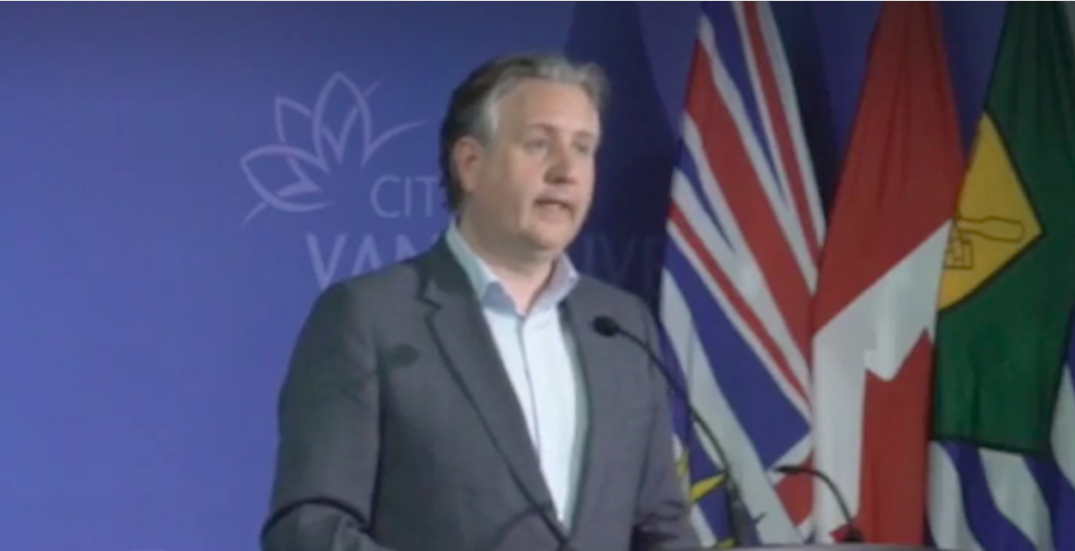 While Premier Horgan outlined a number of phases broken into tentative intervals of several weeks, Stewart says that he’ll be leaning on the public’s opinion on how to reopen different sectors in Vancouver.

He acknowledged that while health and safety are at the core of Vancouver’s response to the pandemic, it’s also essential to get people back to work and, subsequently, “get our economy back on track.”

Stewart also explained that his office is conducting public opinion research to “find out how residents feel about the opening up of various sectors” and “how ready they are to get back into certain areas with other customers.”

“I want to stress that our work can’t just be about opening doors,” he said. “We need to prioritize those sectors that the public has the most desire and comfort to see reopened.”

In addition to looking to the province for clear regulations on how to reopen, he suggests that the city will need to be flexible and will need the input of residents.

“We don’t want to be ordering people unnecessarily back into unsafe situations,” Stewart told reporters.

“Public appetite” will be a big factor in determining what kind of facilities open first, as well as the financial impact it might have.

“If we open an indoor swimming pool and nobody wants to come, that would be a mistake,” the mayor explained. “It also doesn’t make economic sense that we open up facilities that people don’t want to use yet.”

The mayor also hinted that outdoor facilities could be the first to reopen since they would generally be safer. He also said not to expect all facilities to open at once.

“My thought is that we’ll open outdoor facilities first,” said Kennedy. “Indoor facilities are trickier because of the need for social distancing and cleaning.”