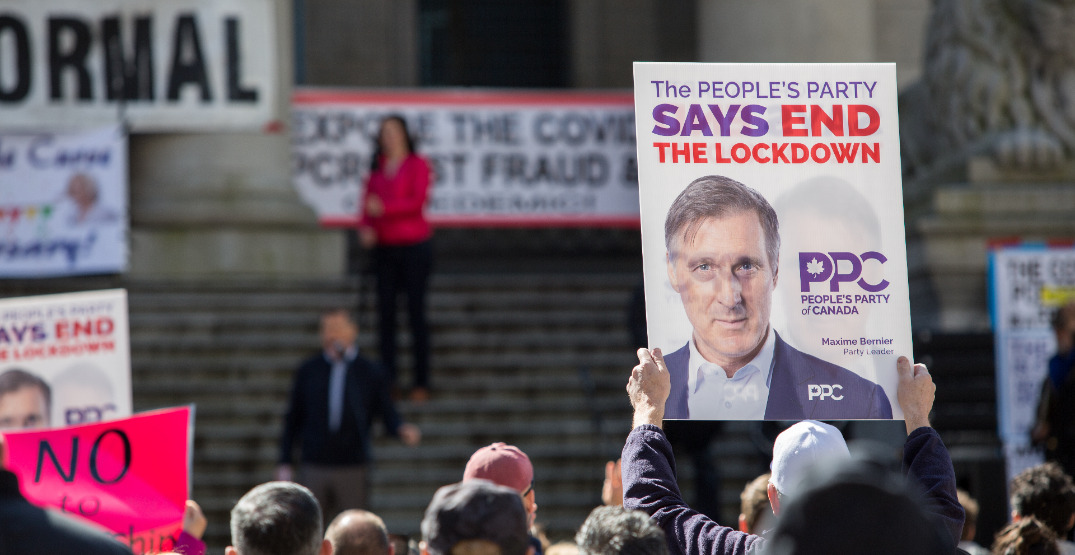 Maxime Bernier seems to thrive on making headlines for the wrong reasons, as proven by his recent campaign tour essentially trying to downplay the importance of being vaccinated.

In a tweet, Bernier said, “Critics are saying I’m being selfish and putting vaccinated people at risk by not getting the vaccine. Aren’t they protected by the vaccine?”

The tweet now has well over 1,000 likes, suggesting his message is resonating with some.

He goes on to say, “And aren’t these critics the ones being selfish by wanting to force on everyone THEIR assessment of the risk we each should take?”

Imagine being scared of a vaccine with literally decades of research behind it.

Anti-vaxxers are no better or different than the basement-dwelling Covid alarmists.

May the rest of us be spared their hysteria for much longer.

Bernier seems to be rallying a crowd that has been vocal since the beginning of the pandemic, pushing back against restrictions along with guidance from health officials and scientists.

While a COVID-19 vaccine doesn’t make it impossible to spread the virus, it does greatly diminish the possibility of acquiring a serious infection.

The fearmongering media and sanitary fascists have been trying to get you into such a state of panic that you will be willing to surrender all your rights.

Many Twitter users are critical of Bernier’s assertions, but there is still a crowd that supports his anti-vaccine rhetoric.

“Half the people in this thread have been psy-op’d,” claimed one user. “Don’t worry about critics, they’re MANIPULATIVE,” said another.

Bernier made headlines in British Columbia back in June for spending time at a restaurant known for repeatedly ignoring health protocols.