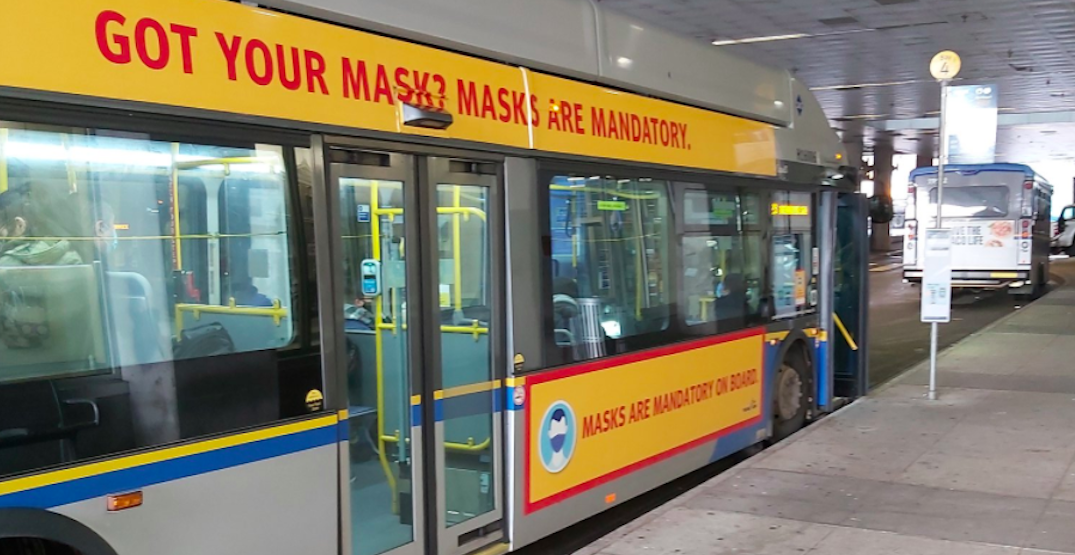 After the provincial government recently introduced new enforcement measures around their mandatory mask policy, police are reminding people that the policy applies to transit users as well.

This week, BC’s Minister of Public Safety and Solicitor General Mike Farnworth announced that anyone without a mask in an indoor public place, or who refuses to comply with the direction of an enforcement officer – including the direction to leave the space – or who responds with abusive or belligerent behaviour, may be subject to a $230 fine.

And according to Transit Police Sgt. Clint Hampton, this policy applies to the TransLink network as well.

“Previous to the new Provincial Health Order, we were able to issue a $150 fine, under certain circumstances, for people not abiding by the mandatory face-covering policy on transit,” Hampton said.

Now, “Transit Police will enforce the Ministerial Order and can now issue fines of $230, subject to the exemptions set out in the provincial order,” he added.

Please wear your mask on public transit as we are now enforcing the covid19 related measures act. pic.twitter.com/BKlHKgAOFp

Under the provincial order, face masks are now required to be worn by all British Columbians, 12 years and older, in a number of indoor public settings, including:

Police may also be called “if someone has become threatening or abusive in response to a request to put on a mask.”