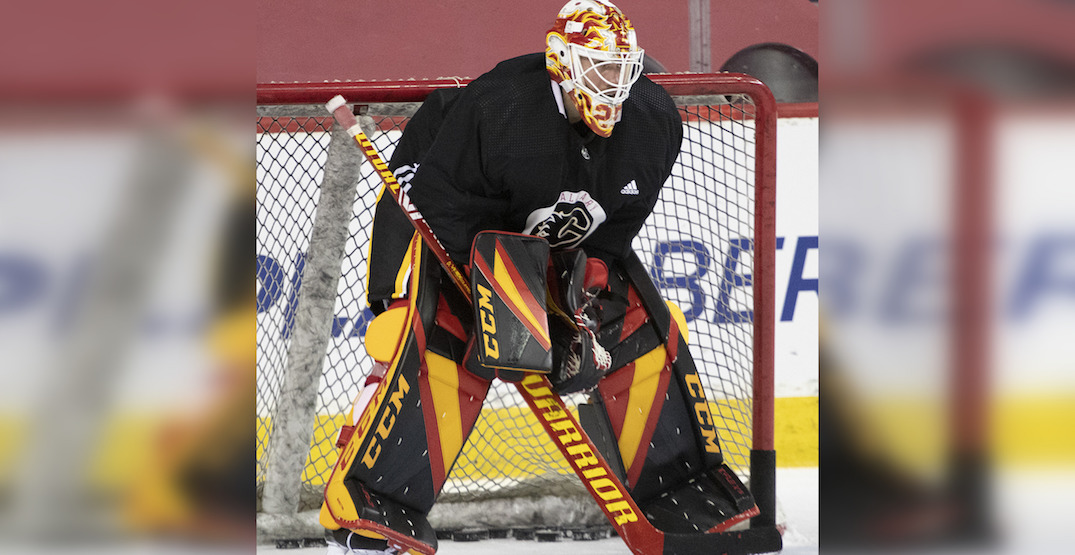 A 1-3 start to the season has many of them on edge, as the team becomes more desperate for a win early on in the all-Canadian North Division.

This didn’t escape the Flames social media team, as they continuously trolled Canucks fans on Twitter and Instagram.

Now, as the Flames get ready to wear their reverse retro jerseys for the first time, Canucks fans have a whole new reason to get triggered. Calgary’s Blasty jerseys don’t make a comeback until February 6, but Markstrom’s already getting some wear out of his reverse retro gear.

This kit with Blasty?

The Flames reverse retro jerseys already had some serious 1990s Canucks skate logo vibes, but Markstrom’s goalie gear appears to take it to another level.

As if the black, red, and yellow colour scheme wasn’t enough, there appears to be stripes in the shape of a V on Markstrom’s pads as well.

Aren’t those his retro Canucks pads? Nice of the team to let him use them

Pretty sure those are his old retro pads

thought he was still a canuck for a minute. Get your own colours, Calgary.

@KCChiefsFan11 the 1985 @Canucks want their goalie pads back.