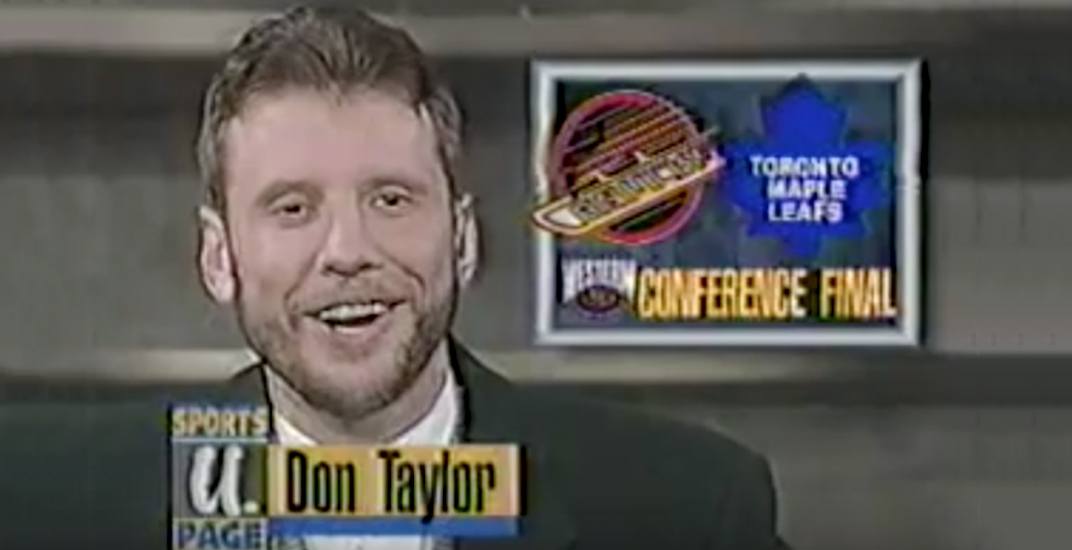 Sports Page is getting its own exhibit at the BC Sports Hall of Fame and it sounds like it’s going to be awesome.

The sports highlights show was king on the local scene for many years, lasting from 1977 to 2005. Before the days of all-sports television, and even a significant portion of all-sports’ arrival, Sports Page on CKVU – not TSN – was the place to go for local sports fans on a nightly basis.

The show, which perfectly blended local insight with comedic relief, helped launch the careers of Don Taylor and John Shorthouse. Paul Carson, Barry Macdonald, Dan Murphy, Blake Price, Dave Randorf, and Scott Rintoul are some of the other notable names that have Sports Page on their resume.

Opening to the public on December 9, the interactive exhibit promises to take visitors back to another time. The 950 square foot exhibit will feature dozens of different elements, including a recreation of the Sports Page anchor desk, interactive trivia games, items of memorabilia, inside stories, and anecdotes as well as artefacts related to both the show and the sporting events it covered.

The exhibit will have a dedicated section to Yulin’ with the Page, the unmatched plays of the year show that used to air at Christmas. Set in a 1990s era living room – complete with period fireplaces, furniture, and Christmas decorations – you’ll be able to watch past footage of the popular annual show.