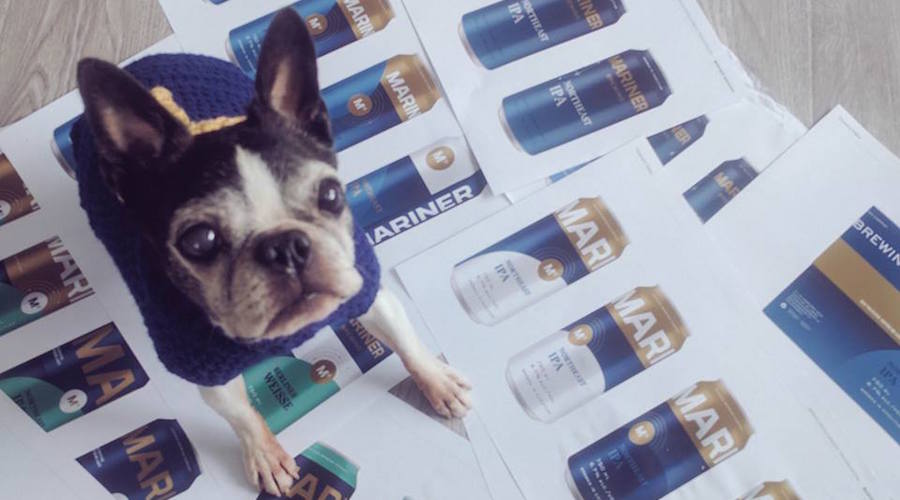 Winston, the Mariner Beer dog, working on some can designs (Mariner Beer/Facebook)

It’s hard to believe that with the growth and popularity of craft beer in BC, that Coquitlam has yet to have a craft brewery to call its own. That is soon to be rectified with the opening of Mariner Brewing. Located at H-1100 Lansdowne Drive in the Coquitlam Centre neighbourhood, the brewery is on track to open its doors by the end of July.

The turnaround time for Mariner Brewing has been remarkably fast. In the short timespan of one year, founder Byron Vallis has moved the brewery from an idea to reality; he’s also managed to secure a veteran brewer, Kevin Wilson, who has been in the industry for nearly a decade. Wilson was previously at Russell Brewing and Dead Frog, where he won numerous awards.

Lauren Ang, General Manager of Mariner Brewing, was kind enough to answer some questions ahead of their launch, to give us a better idea of what Coquitlam drinkers can expect.

Daily Hive: Tell us a little about the inspiration behind Mariner brewing?

Lauren Ang: Mariner Brewing is our vision to explore territory unknown and push the boundaries of craft beer. The name Mariner comes from the concept of exploration and adventure; traditionally a mariner is a person that navigates a ship, and in more recent times the Mariner Space Program investigated unexplored areas of space. Craft beer is adventurous and we are very excited to be amongst great company locally and regionally in craft beer in BC.

What can people expect once the taproom is open?

Our taproom will have seating for 45 and feature a growler fill station and a grab-n-go cooler. We will have a West Coast inspired canteen that will serve a lineup of gourmet hotdogs, charcuterie platters, and sharable snacks. Our goal is the create a modern and comfortable place for people to kick back with friends or meet new people. In addition to our mainstay beers in the tasting room we’re super excited about diving right into a mix of casks and small batches to keep the menu lively.

What lineup of beer will you have at launch, and are you specializing in anything?

Our opening lineup will include a Northeast IPA, cream ale, amber ale, and a sour weisse. Rather than specializing we are focussing on making beers that are full flavoured and have a balanced profile. We love a lot of different types of beers and want to offer it all, done well! We have big ideas for experimenting with flavours so we’re super excited about our cask and small batch program in the tasting room and a barrel aging and sour program soon.

Will you be canning/bottling or is it tasting room and growler only?

We will definitely be canning! Cans are great packaging and our opening lineup should be in four-pack tall cans by August.

Tell us a little about the team behind Mariner? 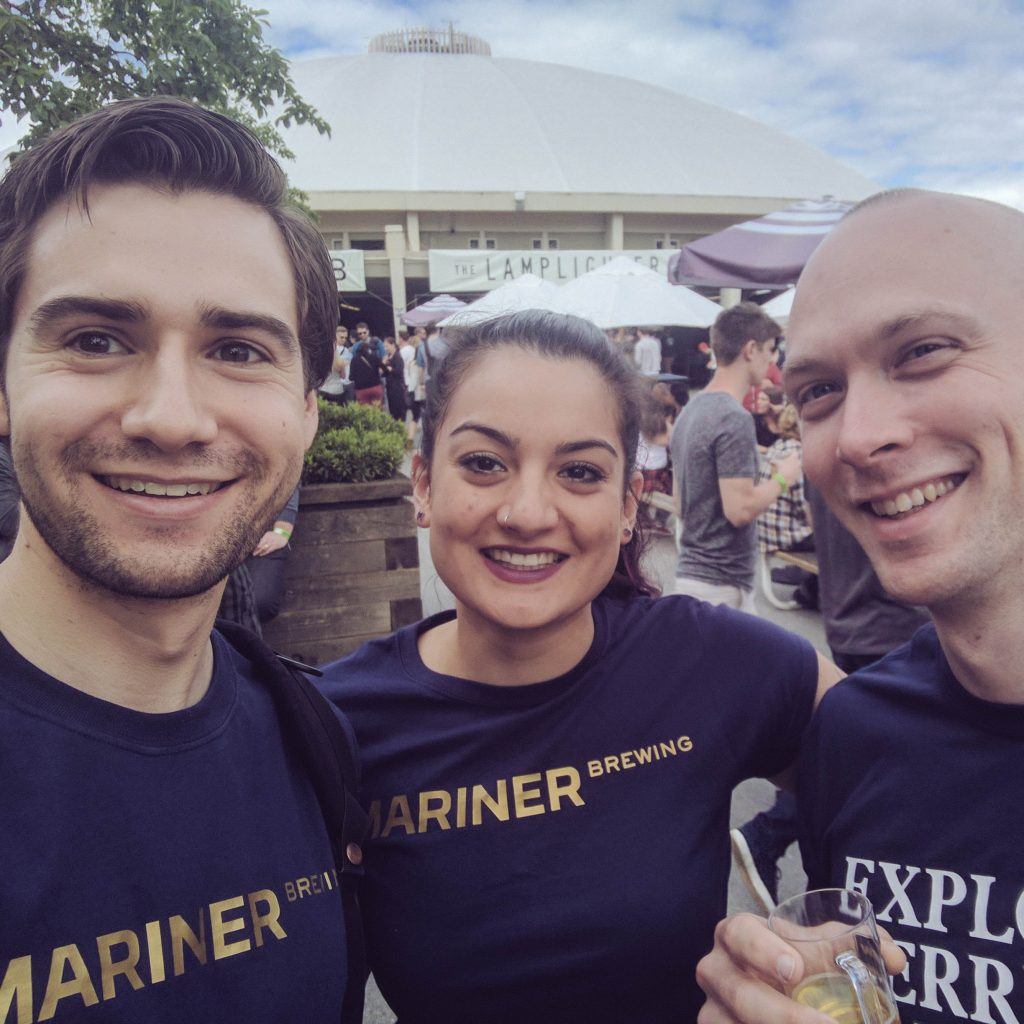 Our founder and CEO Byron comes from an environmental science background and has homebrewed and experimented in his kitchen for years. He’s always building stuff and is super curious which has shaped a lot of what Mariner does.

I’m focused on the experiential aspects of the brewery, and will be acting as both general manager and brand ambassador.

Our brewer Kevin Wilson has been in the industry for nearly a decade, previously at Russel and Dead Frog where he won numerous awards. He loves cooking and experimenting with flavour and is super excited to make kick-ass beer.

Mariner is a family operated brewery and wouldn’t be the same without the amazing support of our family!

Why did you decide on Coquitlam as your location of choice?

Both Byron and I grew up in Coquitlam, so we really know the area and feel at home in the community. It’s our home turf and just felt like the right place to us. Coquitlam has been very welcoming and supportive​ and we’re super excited to start brewing!