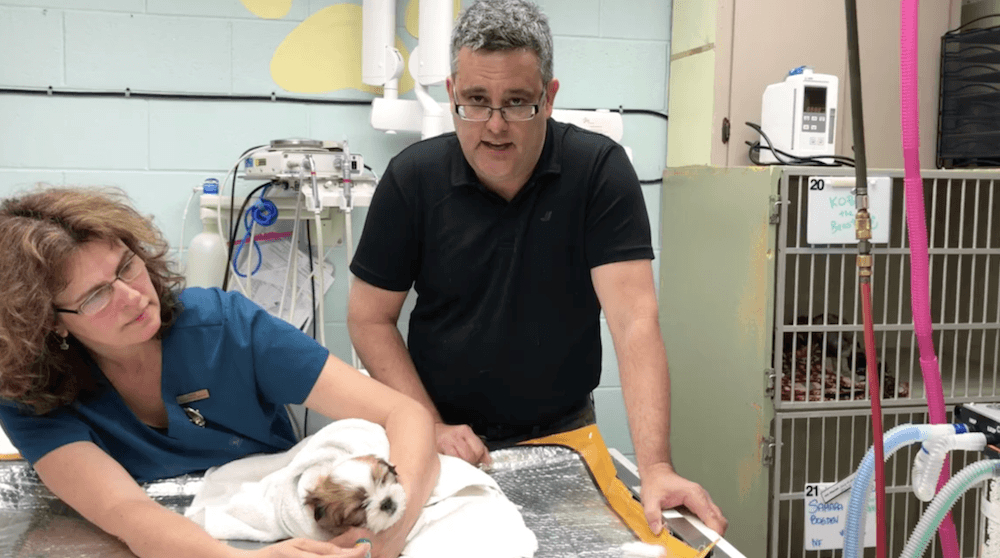 The vet has revealed in a Facebook video that he had to administer naloxone to a puppy that was overdosing after being exposed to fentanyl, a deadly opioid that is more than 100 times stronger than heroin. Without his help, the puppy could have died.

“This puppy was near death, basically non reactive and getting weaker by the minute,” he said in the video.

Dr. Walton, with Dewdney Animal Hospital, said that he was only able to save the puppy because the owner admitted that it could have been exposed to the deadly opioid.

“We really don’t care what you smoke, ingest or inject,” Dr. Walton says in the video. “We care about your pet.”