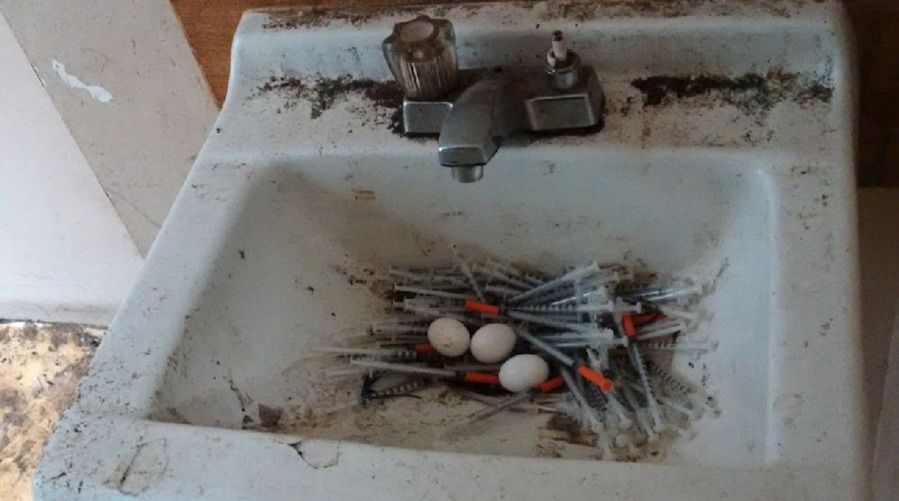 It’s hard to fathom, and it may be the most graphic representation of the opioid crisis currently gripping Vancouver.

On Wednesday, Vancouver Police Supt. Michelle Davey tweeted a photo from a Downtown Eastside Single Room Occupancy (SRO) residency that shows a pigeon nest made out of needles.

Along with the nest, three eggs can be seen.

Pigeons spotted making a nest out of #needles in a #DTES SRO room. Sad reality of the #opioidcrisis #fentanyl #frontline #notstaged pic.twitter.com/M0DDVLkL28

The photo shows the “sad reality” of the opioid crisis, Davey says in the caption.