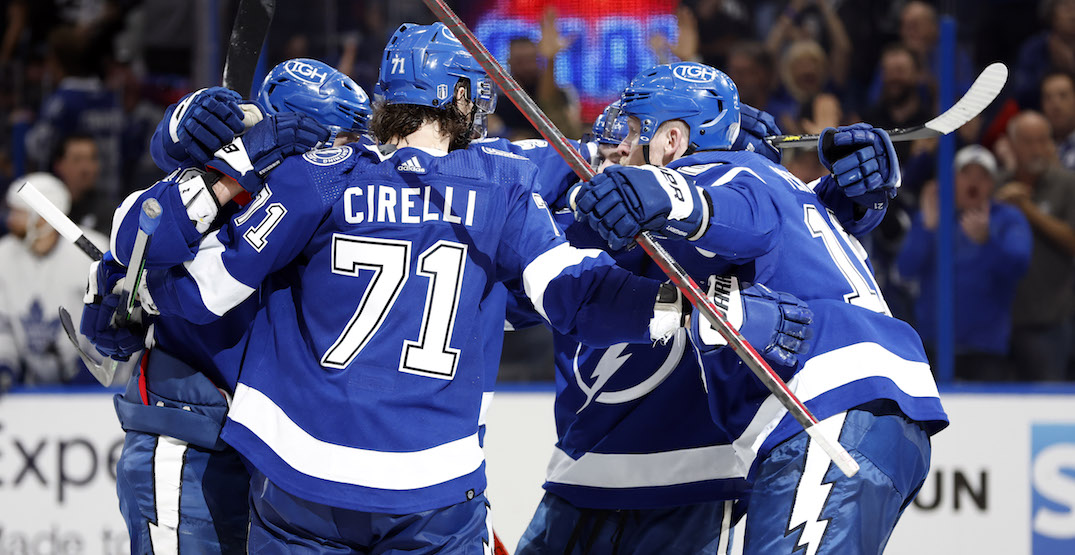 For the fifth consecutive season, the Toronto Maple Leafs will play a series-deciding game in the postseason.

The Leafs held a one-goal lead entering the third period of Game 6 but couldn’t lock it down, as Brayden Point went on to score the overtime winner in a 4-3 win for the Lightning to force Game 7.

The Leafs rallied from a 2-0 deficit and scored three goals in the final 10 minutes of the second period to take a 3-2 lead. But in the third, some costly penalties resulted in a lengthy 5-on-3 that the Lightning cashed in on to tie the game.

The special teams hurt Toronto in both departments in Game 6. The Lightning went 1-for-3 with the man advantage while the Leafs allowed a shorthanded goal on their only power play opportunity. The Lightning also scored a four-on-four goal.

No team has won consecutive games yet in this series, and the Leafs will hope to continue that trend in Game 7 on home ice on Saturday.

Auston Matthews, now officially a Hart Trophy Finalist, got the Leafs on the board with a deft deflection on a Mark Giordano shot that beat Andrei Vasilevskiy on the blocker side.

John Tavares scored the other two goals for the Leafs in a 29 second span, with both goals coming in the final minute of the second period.

The Leafs were without Tavares in the playoffs last year after he suffered a concussion in Game 1 against Montreal, but the captain has been a factor in this series, up to three goals and three assists while making an impact in all three zones.

The other Leafs stars have pulled their weight offensively as well, with Matthews (8), Mitch Marner (7), and William Nylander (7) all above a point-per-game pace. The ‘big four’ forwards, along with Morgan Reilly, account for 14 of the team’s 23 goals in the series.

It’s the fifth year in a row that the Leafs will play in a series-deciding game.

Having lost to Montreal, Columbus, and Boston twice in the previous four, the Leafs will be hoping to exorcise their playoff demons on Saturday when they host the Lightning for Game 7.