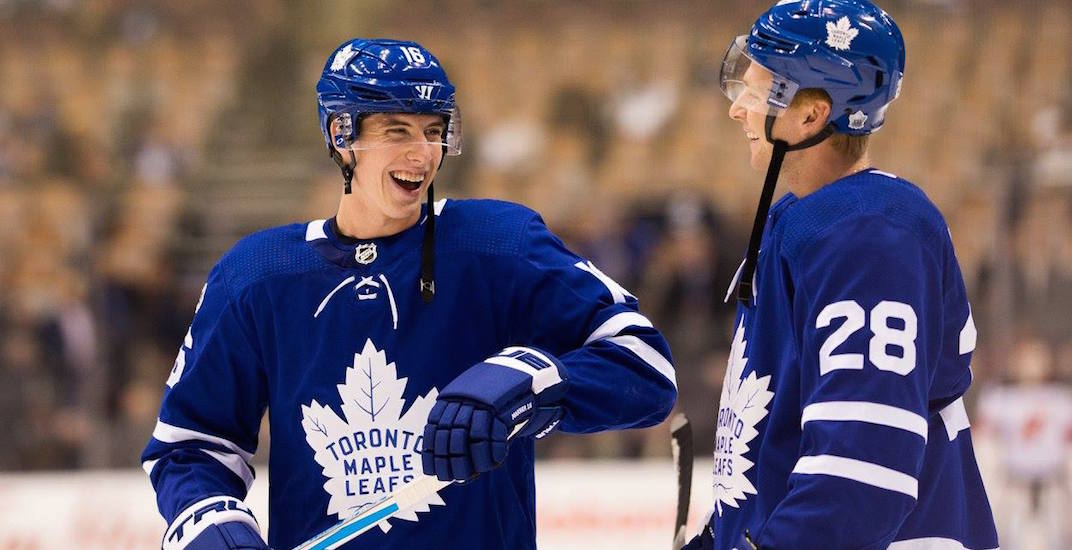 The Toronto Maple Leafs are the favourites to win the Stanley Cup.

Let that sink in for a minute.

Gambling website Bodog has updated its Stanley Cup odds, with the Leafs have moved into top spot, with 8-1 odds to win it all. Toronto was tied with five other teams with the fifth-best chance to win the Cup before the season began last week.

A laughing stock of the league for many years, the Leafs finished dead-last in the NHL two years ago. But an influx of young talent has changed their fortunes, headlined by 20-year-old Auston Matthews who leads the team in scoring with 10 points in seven games.

Toronto is off to a blazing start, winning six of their first seven games. They lead the league in goals (34) and goal differential (+12).

This is the first time they’ve been listed as the odds-on favourite to win the Stanley Cup at any point in the season in 20 years – back when Pat Quinn was their coach and Mats Sundin their best player.

The next best odds to win the Cup are the Edmonton Oilers, who have dropped to third spot (12-1) after a disappointing 2-4 start to the season. That puts them ahead of the Calgary Flames, who are at 22-1.

After a rough start, the Montreal Canadiens are now 33-1 to win their 25th Stanley Cup, which are the same odds as the surprising Vegas Golden Knights expansion team.