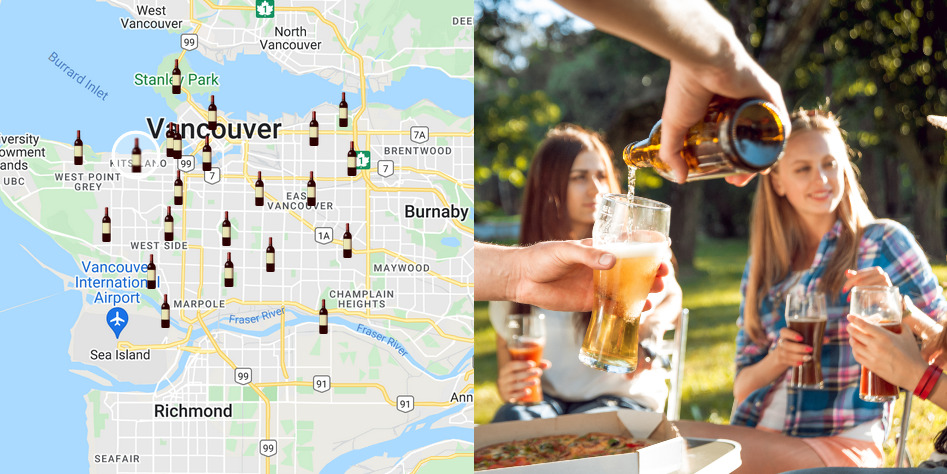 Those visiting Vancouver’s parks will once again be able to enjoy imbibing in public, according to an updated report from the city’s Board of Parks and Recreation.

The “Alcohol in Parks Pilot” was initially launched last year and, as of Monday night, was once again renewed for this year’s summer season.

The updated guidelines indicate that, like last year, there will be 22 Vancouver parks where you’ll be legally allowed to consume alcohol.

These parks will have designated areas where this is permitted, restricted to areas that are further than 20 meters from a playground, school, or natural area; further than five meters from a pool or waterpark; as well as a safe distance from a few other specific amenities, like sports fields or dog parks.

These bylaws will come into play on June 3 and run until October 16, 2022. Like last year’s temporary easing of alcohol restrictions, this program will act as a test run to determine a more permanent allowance.

Alcohol will be permitted to be consumed between 11 am and 9 pm daily.

So while it’s only temporary – and only allowed in a handful of parks around the city – the move to allow drinking in these public spaces is a sign of more permissible times, and an overdue one at that.

Here are all the parks in Vancouver where you can crack a cold one without getting into trouble this summer: