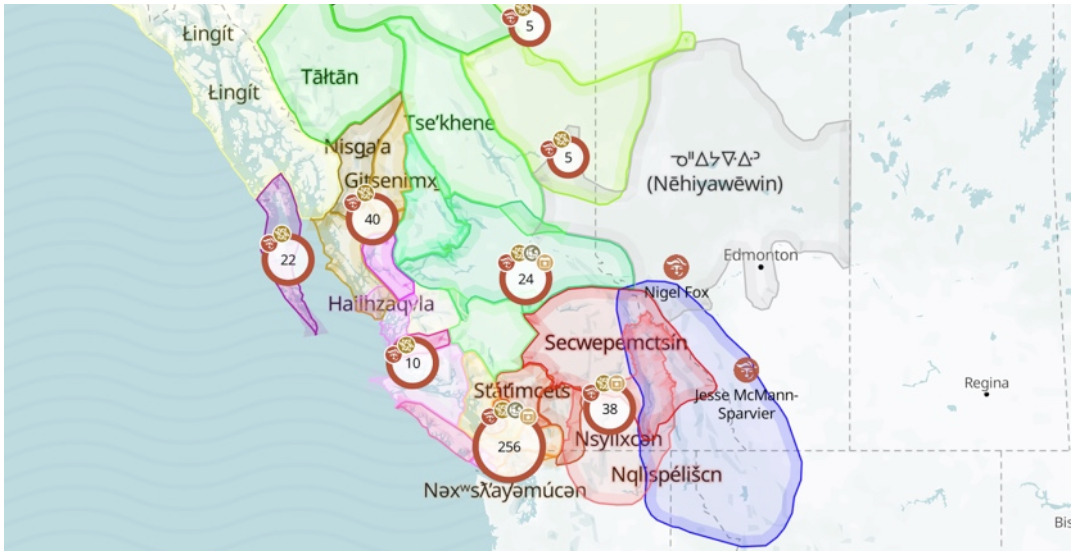 First Peoples' Map of BC (FPCC)

The Indigenous community in BC is thriving with a wide range of art, language, and culture.

The unfortunate reality is that many British Columbians and Canadians at large know very little about their respective Indigenous communities, and the amount of history and tradition preserved within them.

The First Peoples’ Cultural Council (FPCC) is hoping to change that.

The FPCC’s mandate is to “assist BC First Nations in their efforts to revitalize their languages, arts and cultures.”

They’ve introduced a one of a kind interactive living map which is primarily driven by the Indigenous community itself.

Hannah Mashon, who is a communications officer at the FPCC, touched on the desire of members of different communities to get the word out about what makes their respective cultures so rich and exciting.

“The community really wanted a platform where they could showcase their artwork, their language, and cultural sites that are important to them,” said Mashon.

The FPCC released a map last year that highlighted certain points of interest in BC, but did not allow the level of interactivity and input that the new version offers.

An example of how the map works to highlight artists. (FPCC)

The different layers include common names, sleeping languages, reserves, borders, a satellite view, and grants. It also tells you the date a point of interest was added.

You can try it out for yourself:

“These new facets of the map have really helped to grow, develop and showcase the rich diversity of Indigenous cultures,” Mashon added.

When asked if there were any plans to include communities outside of BC to the map, Mashon said, “It would be very exciting if other provinces and Nations decided to uptake this work and expand this map, and build and develop it.”

You can access the First Peoples’ map of BC here.