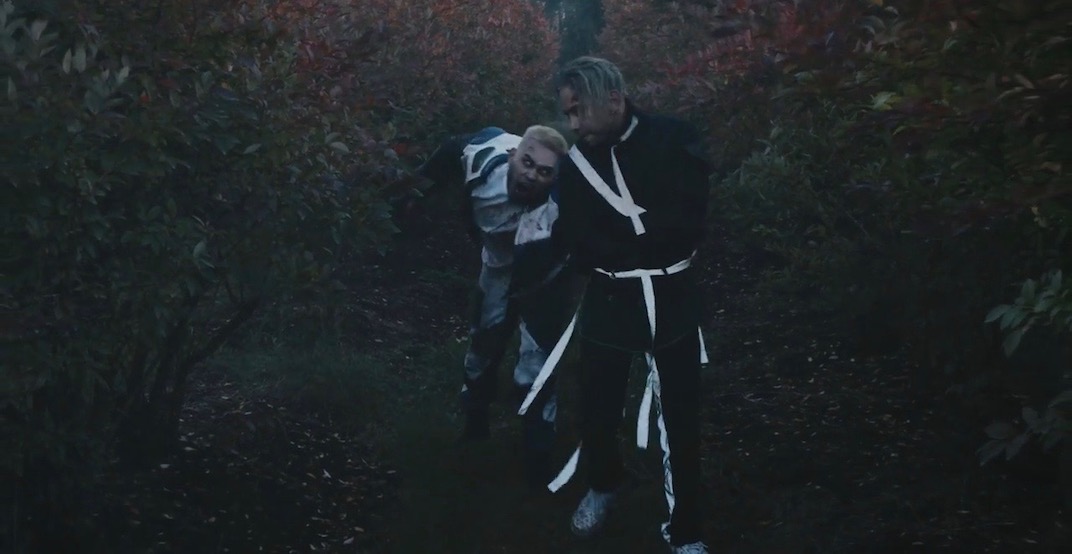 By now it’s pretty likely that the sonic R&B waves of Vancouver-based duo Manila Grey have reached your ears, and if you’re like us, it’s likely you absolutely loved it.

Comprised of Filipino-Canadian friends Soliven and Neeko, the hip-hop/R&B artists first released tracks in 2016 and have quickly secured themselves as forerunners in the hype R&B movement coming from the West Coast.

These childhood buddies have recently found growing success with their song Timezones produced by Azel North, which currently has close to three million plays on Spotify alone.

Up until now, this pair has had a stellar 2018, and their success is not about to stop.

Manila Grey’s new music video for their song Friends of Friends off their EP No Saints Under Palm Shade is horror-themed, so beware if you scare easy.

The video was filmed in one continuous shot and features singer/songwriter Soliven as a zombie, and rapper Neeko as an escaped mental asylum patient rapper.

Terrifying visuals paired with a fire track – what more could you ask for this Halloween?