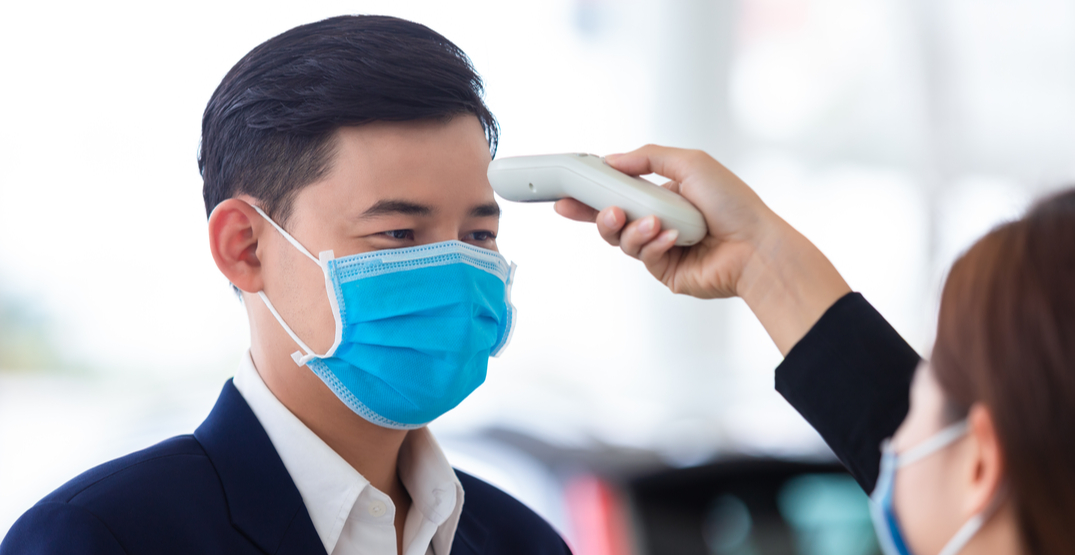 The announcement was first made by Prime Minister Justin Trudeau and Transport Canada earlier in June. Temperature screenings would be implemented for passengers travelling to Canada or travellers that are flying from Canadian airports.

Similar measures have already been taken in countries such as Italy, Poland, Chile, Mexico, China, South Korea, and India.

The federal government elected for a phased approach to implement temperature screening. On July 9, airlines began taking the temperatures of all international passengers who were travelling back to Canada.

The second phase, which is slated to begin on July 30, will see temperature screening stations placed at the four major Canadian airports which allow for international travel. They’ll be set up in the departure section of airports in Vancouver, Calgary, Toronto, and Montreal.

According to a statement from Transport Canada, “screeners will conduct the temperature screening,” in addition to the health screen questions and use of face masks that are “already required.”

Any passenger that shows an elevated temperature and does not have a certificate or note to explain their condition, will not be allowed to travel and will have to rebook their flight after a minimum of two weeks pass.

Transport Canada adds that temperature screening stations will be expanded and installed at 11 more airports by September 30. They’ll be set up at the next busiest airports in the country, including St. John’s, Halifax, Quebec City, Ottawa, Toronto (Billy Bishop), Winnipeg, Regina, Saskatoon, Edmonton, Kelowna, and Victoria.