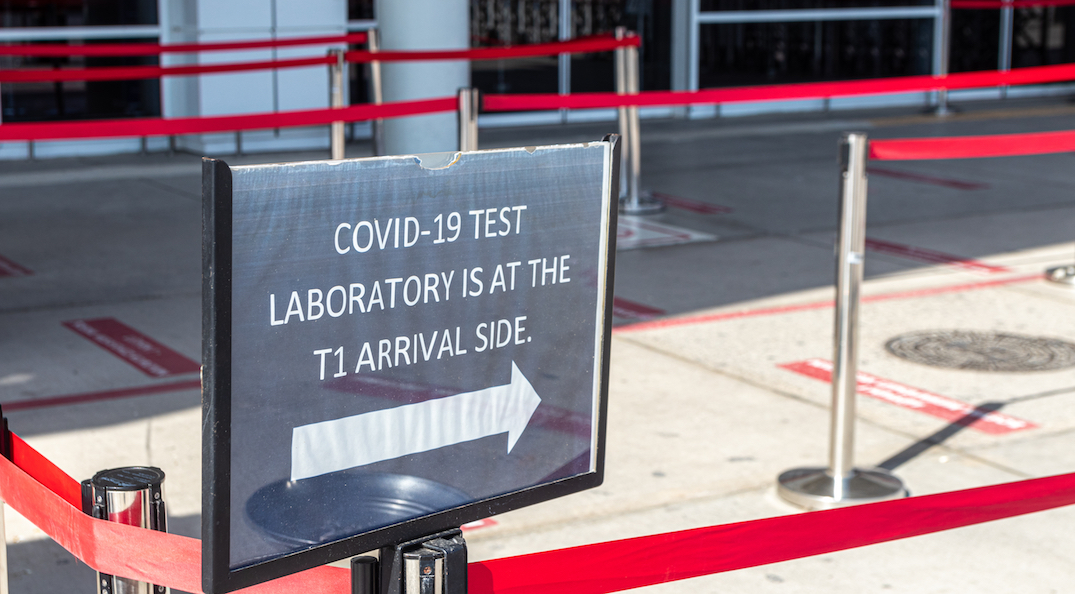 On Thursday, the Government of Canada announced that mandatory random testing for airport travellers will resume as of July 19.

The news comes after Health Canada temporarily paused mandatory random testing for those entering Canada by air last month. Despite pleas from airport officials trying to minimize delays, the program has returned.

The government says it intends to move the airport tests to “offsite” locations via in-person appointments and pharmacies, or virtual appointments for self-swab tests.

Travellers who qualify as fully vaccinated arriving in Canada by air to the four major Canadian airports in Vancouver, Calgary, Montreal, and Toronto may be subject to these tests. Additional testing is required for those who are not fully vaccinated. Unless exempt, those who have not received at least two doses must continue to test on the first and eighth day of a mandatory 14-day quarantine.

According to a press release, air travellers who are selected for mandatory random testing can expect to receive an email within 15 minutes of completing their customs declaration. According to Health Canada, “the email will contain information to help them arrange for their test with a testing provider in their region.”

“As demand for travel increases across the world, today’s announcement marks an important step in our progress to streamline testing processes outside our airports while preventing the further spread of COVID-19,” said Omar Alghabra, Canada’s minister of Transport. “The Government of Canada will continue to protect travellers and employees and ensure our transportation system is safe, reliable, and resilient for the long term.”