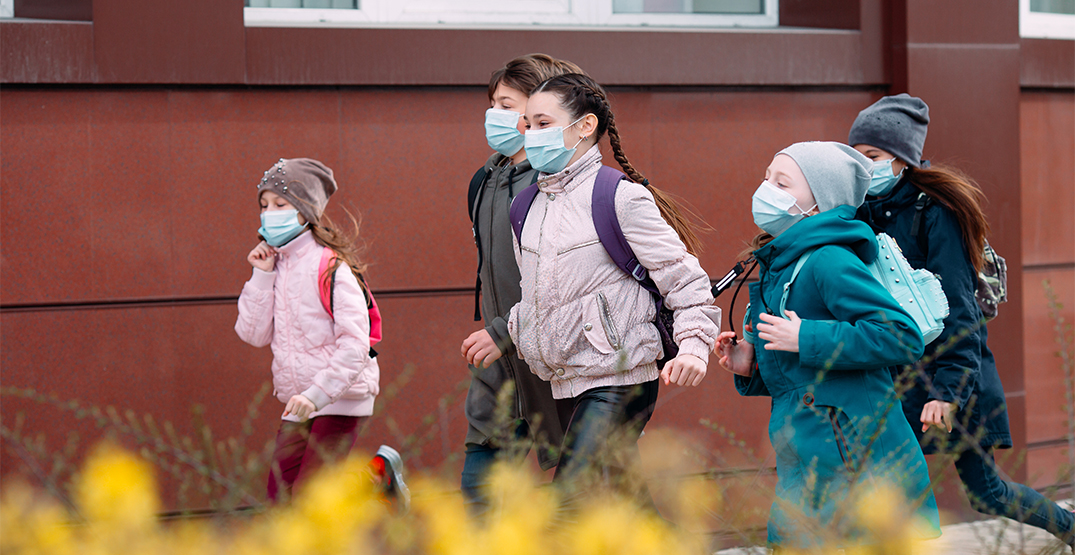 British Columbia’s top doctor says that mandatory COVID-19 vaccines currently aren’t on the table for children in the province.

The news was part of the update shared on Tuesday afternoon by Provincial Health Officer Dr. Bonnie Henry and Health Minister Adrian Dix.

Henry says that at this point, it hasn’t been something that health officials have considered. One reason for this is that, for the most part, children don’t experience severe illness with COVID-19. In early October, however, parts of BC saw a dramatic increase in COVID-19 transmission among those in K to 12 schools.

“I think there’s a whole lot of considerations we put into mandating vaccines, and as we’ve talked about a number of times, it depends on the risk to the individual but also the situation that we’re in and risk to others by the protection that we have or don’t have,” she explains.

Henry relayed back to long-term care homes, reinforcing why they’ve been a major area of focus over the past few weeks.

“People that work in long-term care are protected for their own protection, so they don’t bring things home to their families,” she explains. “But also to protect the other workers in that situation and most importantly, to protect the elders and seniors we care for.”

In comparison, the “risk-benefit” level for children is significantly different.

The province is still preparing for youth immunization, however. Earlier this month, the COVID-19 vaccine registration portal opened for children aged 5 to 11-years-old. Previously, only kids aged 12 and up were able to register.

“We know the disruption that they have in their lives and a way to try and minimize that,” Henry says. “It’s important for the growth of and development of children. But this is not something that we’re considering at this point.”

Henry notes, however, that there are provisions in place. For example, an unvaccinated child can be excluded from activities if they are part of an outbreak. And measures like those will be considered for children going forward.

“We’re actually quite excited that we’ll have some way of protecting young children from getting sick from this virus,” she says. “But also making sure that they can continue to experience the life that they need during this period of growth and development.”