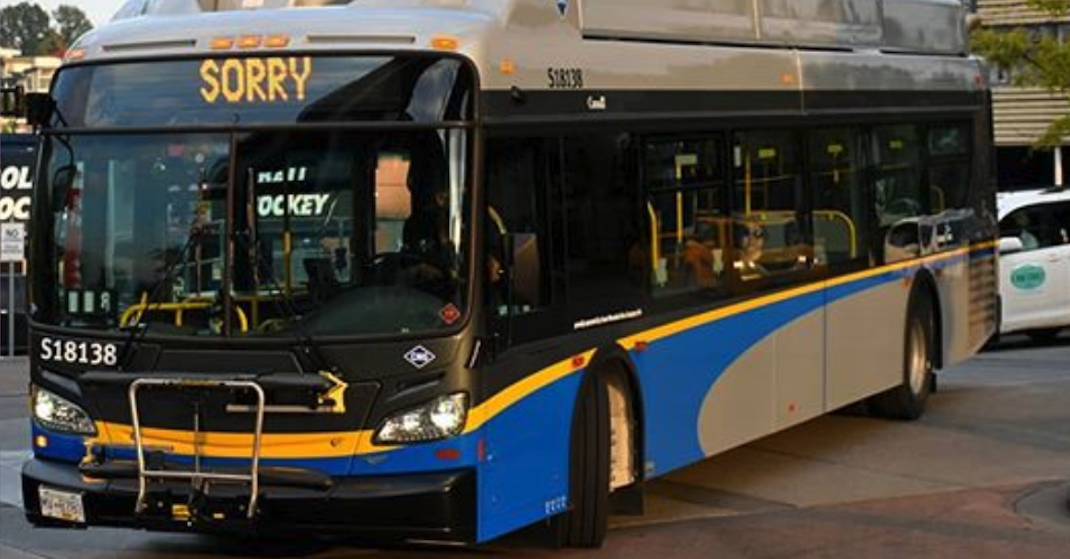 One man was arrested after allegedly boarding and stealing a running transit bus while it was parked at Surrey Central station bus loop, early Thursday morning.

According to Transit Police spokesperson Sgt. Clint Hampton, the incident took place around 2 am.

“A bus operator for the N19, night bus, was taking a washroom break,” Hampton told Daily Hive.”The bus was left running and a man boarded and stole the bus.”

Hampton noted there were no other passengers on board at the time, and the bus was located using a GPS tracking device. The bus was eventually located and stopped at Fraser Hwy and 176th Street.

“With the assistance of the Surrey RCMP, the suspect was arrested,” said Hampton.

The 28-year-old was taken into custody and police will now be forwarding  a charge of Theft of a Motor Vehicle over $5,000, Hampton added.