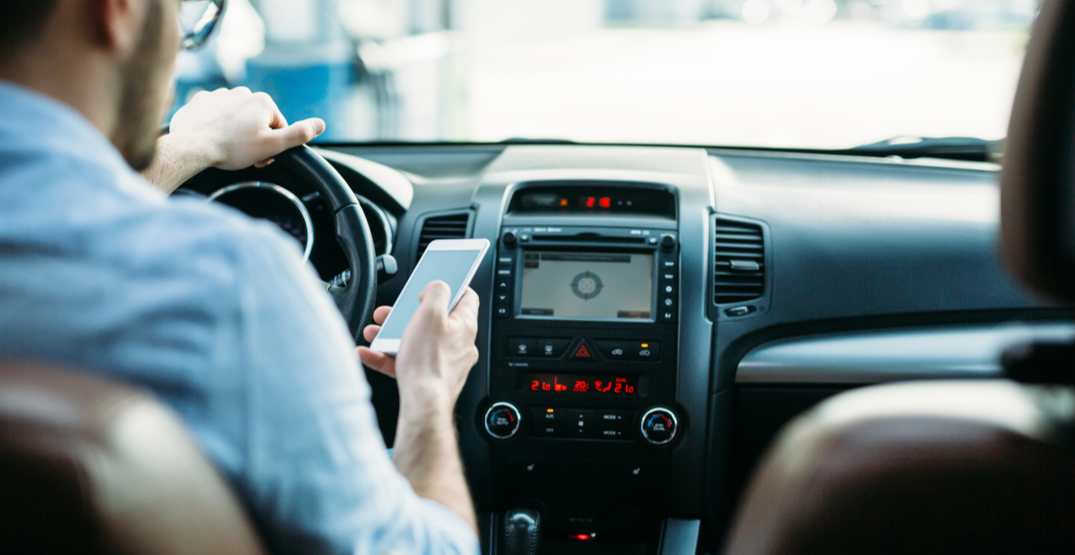 A Delta Police officer had an interesting encounter with a driver who claimed he was using his phone behind the wheel for spiritual purposes.

Cris Leykauf, communications manager with Delta Police, told Daily Hive the driver was stopped around 9:30 am near 120th and 92nd Avenue for being on his phone.

But the man wasn’t texting, instead, Leykauf explains he was holding “his phone and interacting with [a] prayer app when he was stopped.

The man said that he was using his phone to get information about a “prayer he needed to do.”

Leykauf says the officer informed the man that he couldn’t use his phone to do so because it counts as a form of distracted driving.

The driver received a $368 fine for using his electronic device behind the wheel.

“We want to remind all drivers that driving is a task that requires your full attention — for your safety and the safety of other road users,” said Leykauf. “If you need to check a text, or an app of any sort, please find a safe place to pull over and park before checking your phone.”