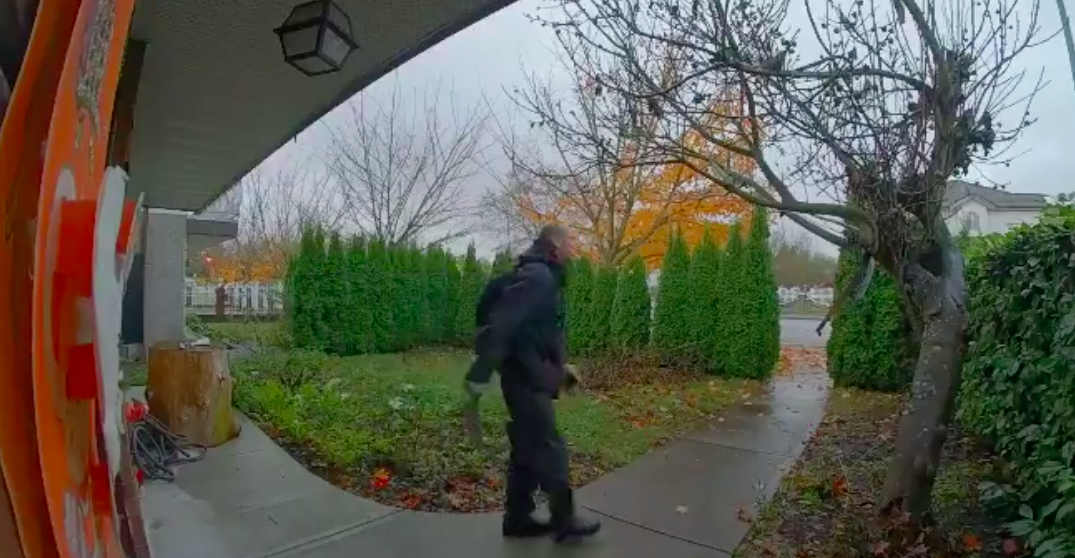 A man who was caught on camera brandishing a machete while wandering around the front yard of a home in Vancouver on Wednesday was arrested and taken into custody.

The incident – which reportedly took place in the area of Rupert Street and 41st Avenue – was captured on a residential security camera and shared on social media.

“We received three different 911 calls yesterday about a suspicious male in that area,” VPD Const. Tania Visintin told Daily Hive on Thursday. “Patrol units responded and were able to locate the man.”

She added that the man was taken into custody and the knife was recovered by officers.