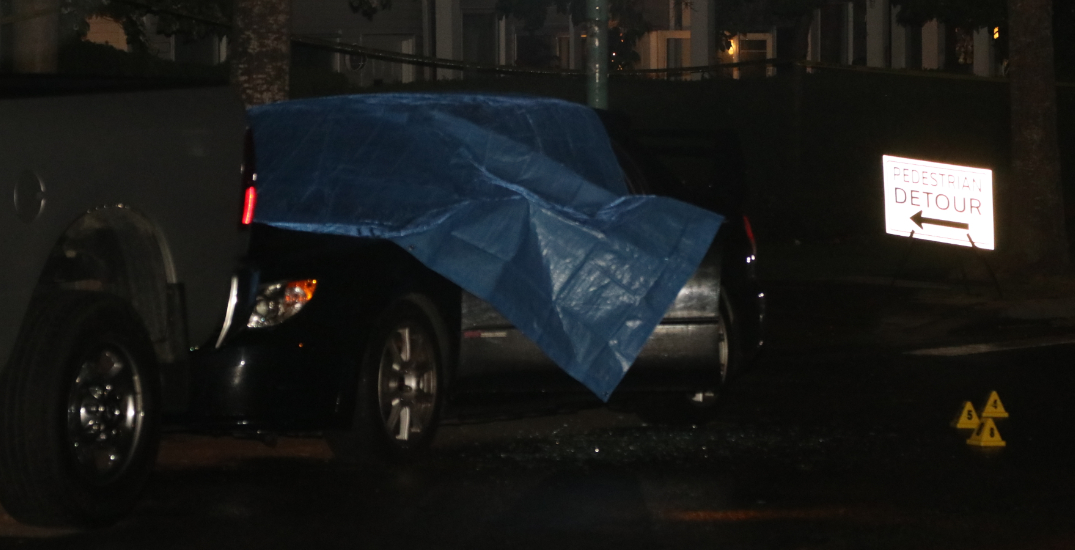 One man is dead following a shooting near a South Vancouver park on Friday night.

Vancouver Police said officers were called for reports of shots fired across from Riverfront Park, near Kent Avenue and Kerr Street, around 10 pm on June 4.

Photos of the scene sent to Daily Hive show a car draped in a blue tarp, and the road littered with evidence markers and broken glass.

Following the shooting, investigators believe three suspects drove east on Kent Avenue in a silver SUV with a sun roof.

Minutes later, a burnt out SUV was found by Sexsmith Elementary School, near West 59th Avenue and Ontario Street, roughly six kilometres away.

Police believe the burnt out vehicle is connected to the shooting. No arrests have been made.

Anyone with dash cam footage of the area near Langara Golf Course and Sexsmith Elementary School that was taken between 9 and 11 pm on June 4 is asked to call VPD’s Homicide Unit at 604-717-2500.