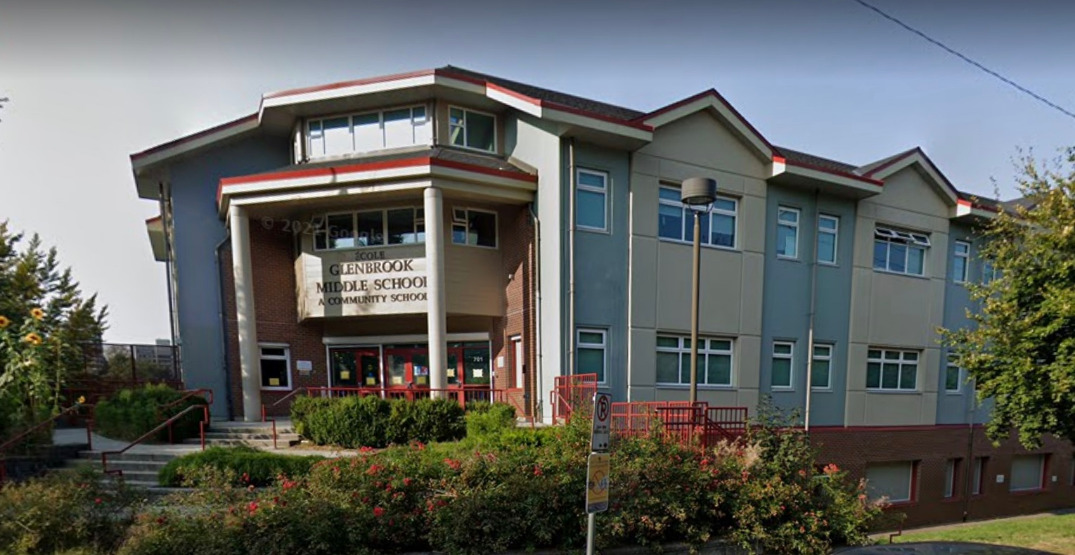 A middle-aged man allegedly exposed his genitals to a group of children on the grounds of Glenbrook Middle School in New Westminster.

New West Police responded to a call from school staff who reported indecent exposure on February 15, at approximately 11:00 am.

Police have released a description of the suspect, and are looking for witnesses who may have been in the area at the time of the incident.

The suspect is described as a Caucasian man, standing 5’6″ tall, with a medium build, balding dark hair. Police say he was wearing a puffy blue jacket, dark blue jeans, and black shoes.

“There were a number of witnesses who saw this incident, and investigators will be looking to gather as much information as possible,” said New West Police Sergeant Sanjay Kumar in a statement.

“While these kinds of situations are not overly common, they are certainly alarming for anyone to witness.”

According to police, the suspect fled across 8th Avenue towards McBride Boulevard and the Royal Square parking lot.

Anyone with more information is asked to call New West investigators at 604-525-5411.