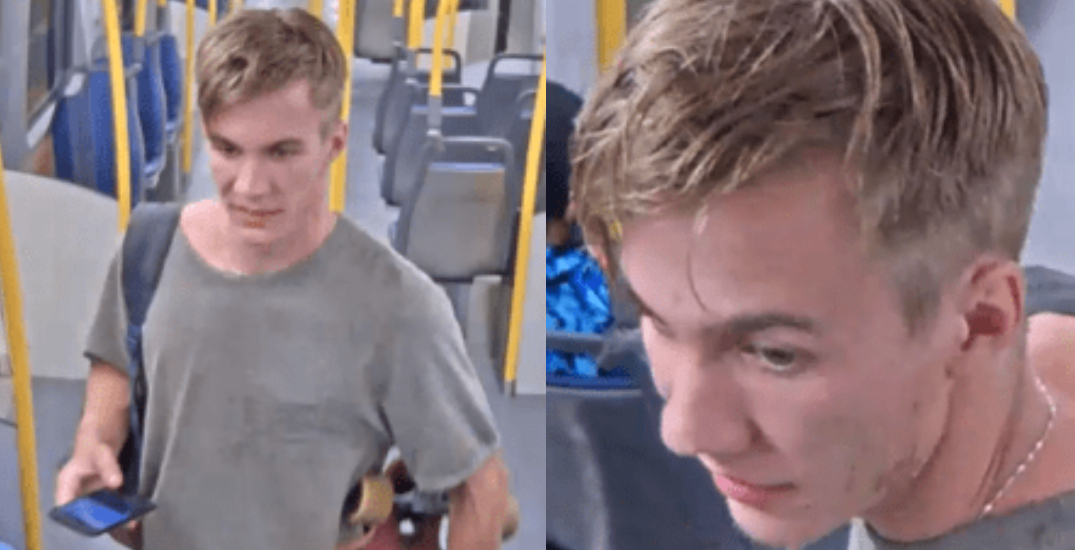 Transit police are asking for help to identify a man who allegedly exposed his genitals to a woman and then masturbated on the SkyTrain.

According to transit police, a woman riding the SkyTrain around 10:30 pm on August 3 noticed a man sitting directly across from her, despite a nearly empty train.

After reviewing the servailance video, police discovered that the suspect had initially boarded the SkyTrain at the Coquitlam Central Station around 8:50 pm.

Before and after the alleged incident, police said he rode trains for “an extensive period of time” along the Millennium Line and the Expo Line west of Commercial-Broadway.

He got on and off trains and approached multiple women, revealing a “predatory nature to his actions,” police said.

The man exited the transit system at the Stadium SkyTrain Station around 11:20 pm.

The suspect is described as a Caucasian male in his twenties with dark blonde/light brown hair, light stubble, and a slender build.

He was wearing a light brown t-shirt, shorts and was carrying a blue backpack and a longboard.

Transit Police said they are “very concerned” by the suspect’s actions and believe there may be other victims who have yet to speak to officers. 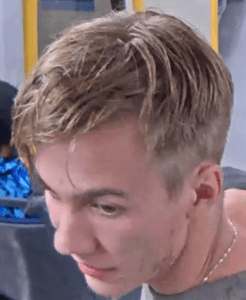 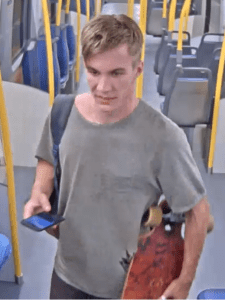 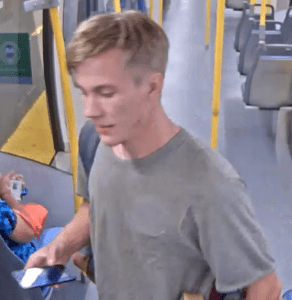