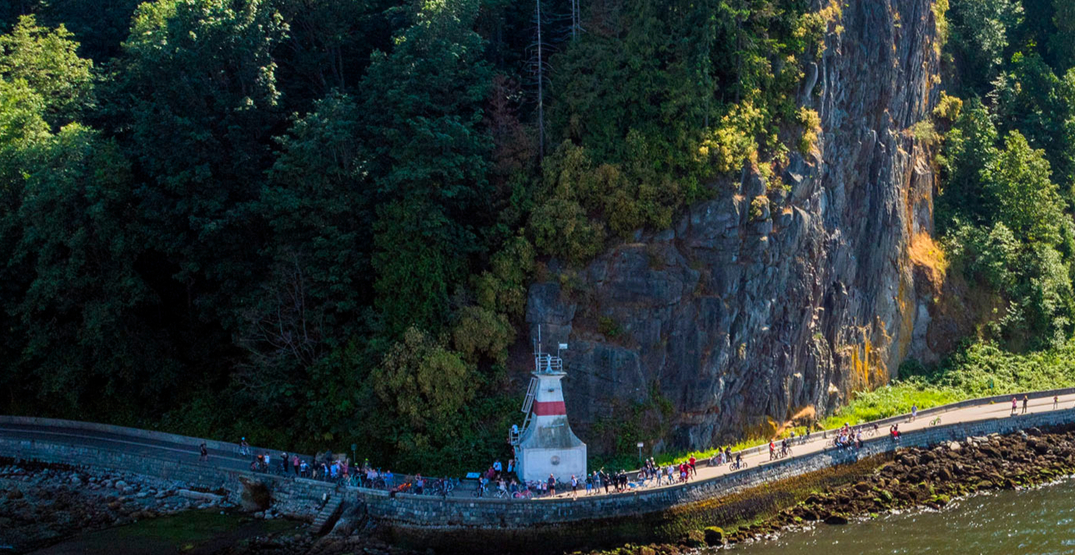 Vancouver Police and the BC Coroners Service are investigating the death of an Alberta man who fell from a rock face just below Prospect Point in Stanley Park and onto the seawall below.

According to VPD Sgt. Aaron Roed, the incident happened just before 8:30 pm on Sunday evening, when police were alerted to the situation by BC Ambulance Service.

The man “tragically fell from the rocks above the seawall and did not survive the fall,” Roed told Daily Hive. “The death does not appear to be suspicious and does have indicators of being an accidental death.”

Roed said police are now working with the BC Coroners service who are conducting a concurrent investigation “to determine how, where, when and by what means the 26-year-old victim came to his death.”