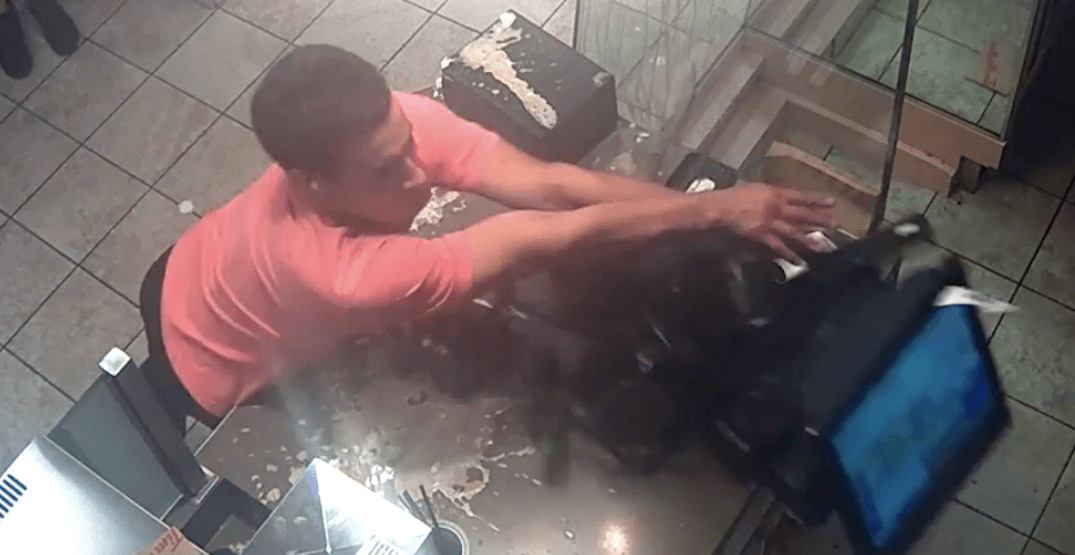 Police in New Westminster (NWPD) are asking for the public’s assistance in identifying a suspect in an assault and a mischief incident at a local Tim Hortons.

On Monday, police released a video of the incident, which they say happened on September 6.

According to police, NWPD officers were called to a Tim Hortons in the 800 block of Carnarvon Street, for a report of an assault in progress, at approximately 7:20 pm

The suspect fled prior to the arrival of the officers, but staff told police that the man had come in and ordered an Iced Capp, but complained that the order was wrong.

The man then began insulting staff, and eventually poured the Iced Capp onto the counter. After pacing back and forth, and being verbally abusive to staff, he pushed the computer register off the counter and left the store.

At one point, the suspect allegedly kicked and punched another customer who had tried to intervene and stop the verbal abuse.

The suspect is described as Caucasian, approximately 20 to 25 years old, with a medium build. He stands approximately 5’6” in height, has short brown hair, and was wearing a pink t-shirt and black pants. 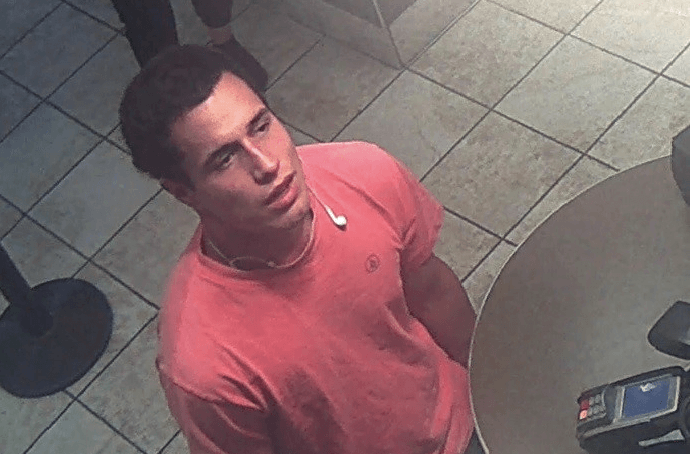 “It is concerning that someone can become that irate over an apparently incorrect order, but thankfully nobody was seriously injured,” said NWPD spokesperson, Sgt. Jeff Scott. “We are asking for the assistance of the public to identify the suspect, which will help continue our investigation into the alleged assault and mischief.”

Anyone with information is asked to call the New Westminster Police at 604-525-5411.