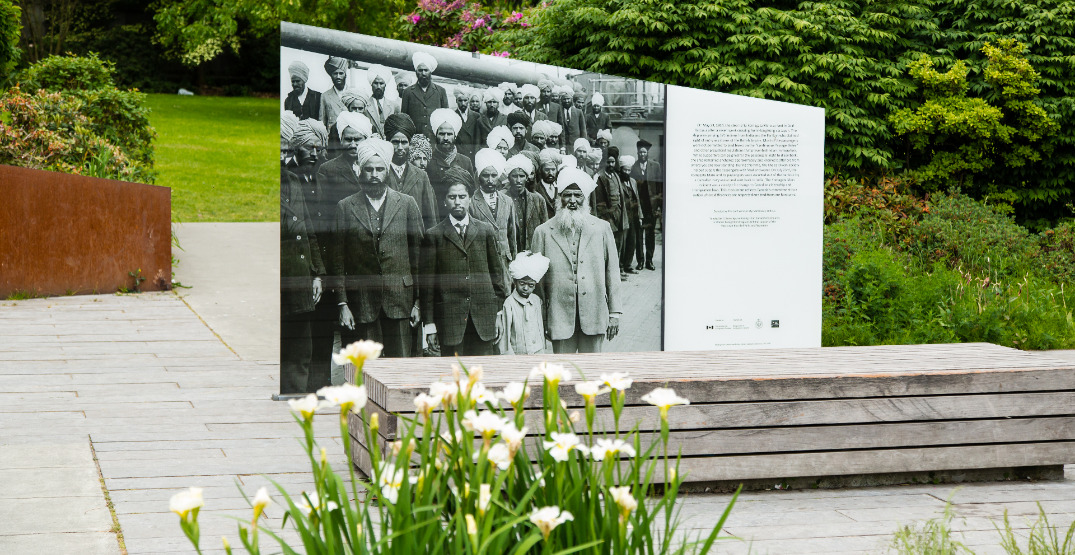 A picture of the memorial in Coal Harbour. (Luis War/Shutterstock)

After a four-month police investigation led by Vancouver Police, charges have been laid against a man who allegedly defaced Vancouver’s Komagata Maru memorial, prompting a BC-wide arrest warrant.

The Komagata Maru memorial is located in Coal Harbour, and the vandalism occurred last summer.

An investigation was launched on August 22, when people posted pictures on social media showing handprints, white paint, and graffiti covering up the memorial. The memorial lists the names of the passengers involved in the Komagata Maru incident.

On Monday, the BC Prosecution Service approved one count of mischief against 39-year-old Yuniar Kurniawan.

“The crime reverberated throughout the community because of what this memorial reveals about our past and the steps we have taken to become a more inclusive community,” reads a statement from VPD.

“We promised to do everything in our power to solve this crime, and we’re pleased that evidence has led us to a criminal charge.”

The vandalism was not initially reported to police, but investigators were able to collect evidence from the scene and identify a suspect when people began discussing the incident on social media.

The Komagata Maru incident is an integral part of South Asian history in BC and Vancouver.

SS Komagata Maru was the name of a British-built ship that sailed to Vancouver from India in 1914. The ship had nearly 400 immigrants on board. A majority of those immigrants were Sikh.

When the ship arrived in Vancouver’s Coal Harbour, no one was allowed ashore except for about 20 returning residents. The boat eventually departed, forced to sail back to India during political unrest at the beginning of the first world war. As a result, 20 passengers were killed in a confrontation in Budge Budge by British Indian police troops and others were jailed.

The idea that the passengers on the ship were dangerous was a widely accepted belief until about the 1970s.

The memorial located in Coal Harbour was there to help educate the public about the incident and to help honour the legacies of those who were trying to find a better life.

You can read more about the incident here.