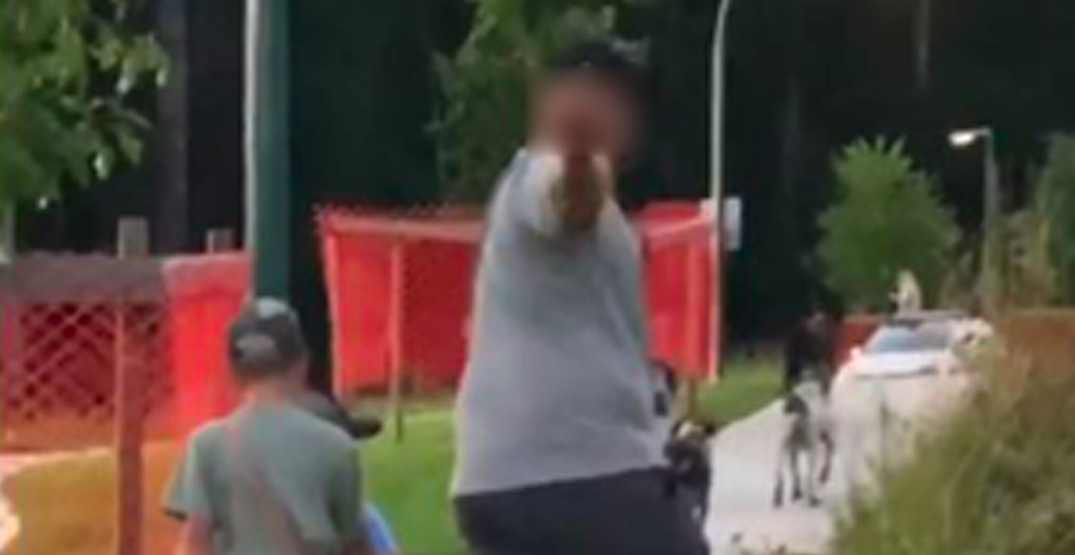 A screencap of the man (Coquitlam RCMP)

A 36-year-old Coquitlam man has been identified and charged with bylaw violations after an alleged dog attack in the Burke Mountain area of Coquitlam.

According to Coquitlam RCMP, the charges come after an incident this past Monday that happened around 8:30 pm in the area of Harper Road and Strawline Hill Street.

“Witnesses said five off-leash dogs attacked a smaller dog, which was badly hurt, and the owner of the five dogs left the scene and refused to give his name,” police said, noting that “some” of the incident was captured on video.

“The incomplete video was posted to social media, and we want to thank those people who recognized the suspect and called police,” said Coquitlam RCMP Cpl. Michael McLaughlin.

However, at the same time, he said, “we ask that people avoid posting controversial incidents to social media. These videos never tell the full story and they often lead to tension and anger in the community.”

As such, “we want to avoid premature conclusions or people acting out of emotion.”

In this case, police said that after reviewing the video and speaking to the 36-year-old suspect, the man was issued the following charges:

McLaughlin said police have followed up with everyone who was involved in this incident and “encouraged them to use the civil court system, rather than personal interactions, if they wish to pursue any further compensation.”