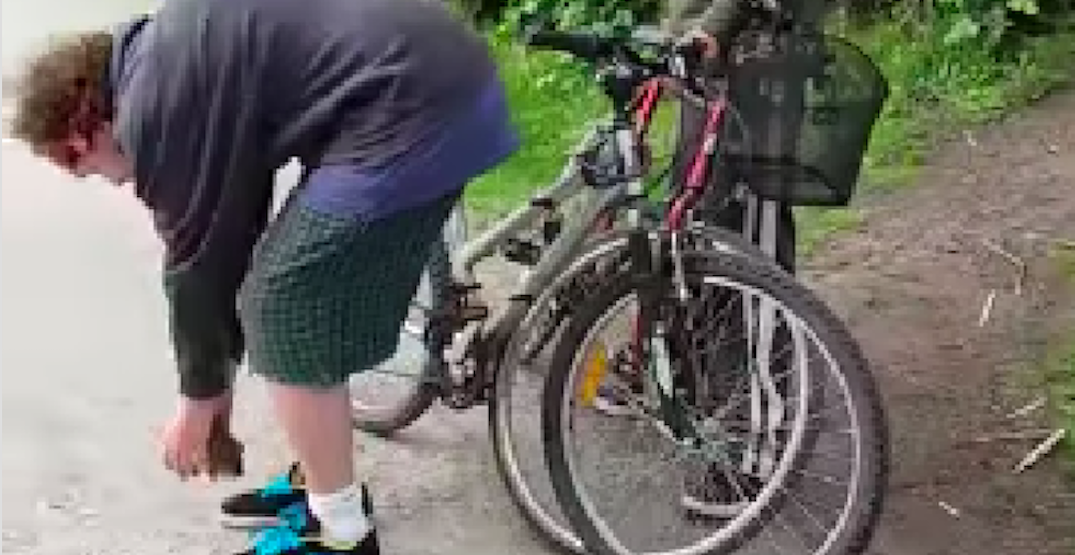 A gosling who resides in Stanley Park was safely reunited with its mother this past weekend, after a man was caught on camera in what appeared to be an attempt to take it home.

In the video posted to Youtube by user FuelRodZone, the man can be seen holding on to something as the camera approaches, with the voice behind the camera telling him “put it back dude, I’ve got you on camera, put it back.”

The man doesn’t immediately respond or acknowledge the request, and again, the cameraman tells him to “let the “f**king bird go.”

Getting even closer to the would-be bird bandit and his friend, the cameraman simply tells them, “you can’t do this.”

It’s at this point, the man reaches into his pocket, pulls out the small baby goose and puts it back on the road, where it hurriedly runs to join the rest of its family.

A few more words are exchanged, before the man and his friend ride away.

And while it should go without saying that you can’t simply take living animals from Stanley Park, apparently it needs to be said anyway.

Leave animals where they belong in nature, and everyone will be happier.