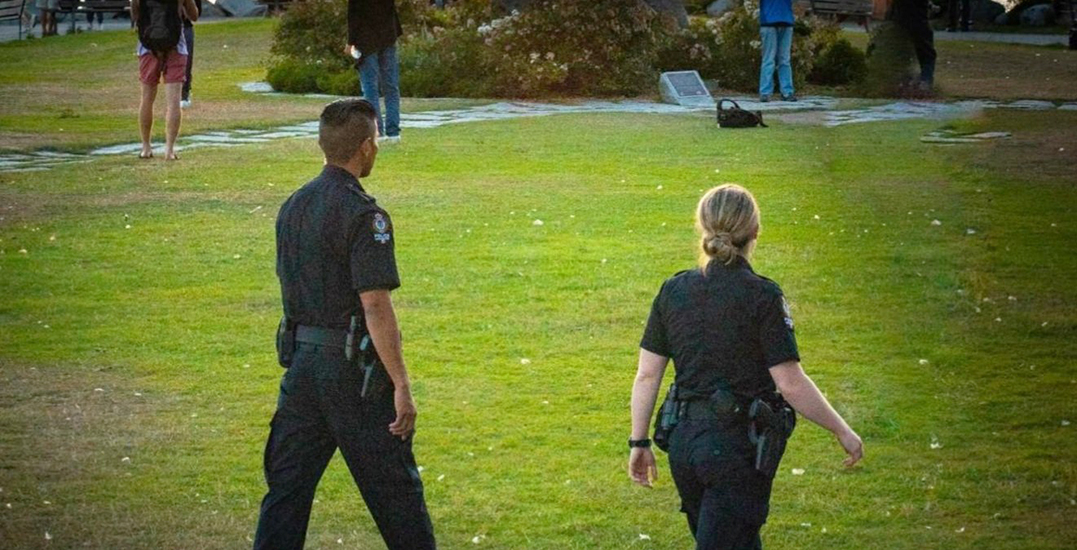 A man was arrested earlier this week after allegedly bear spraying random people in English Bay.

According to the Vancouver Police Department (VPD), the incident occurred on August 12 just before 8:30 pm.

Aaron Roed, VPD Spokesperson, says that they received “multiple reports” of a male who “bear sprayed a number of people in the area of Denman Street and Beach Avenue.”

The 27-year-old male approached several people and used bear spray on them. Ultimately, he was apprehended by a witness while attempting to flee the area. Police say that the bystander chased down and held the suspect until police arrived.

Two victims were treated on the scene by Vancouver Fire and Rescue.

Last night a man approached multiple random people enjoying the evening at English Bay and pepper sprayed them for no reason. He was finally chased down by a passerby; we arrived minutes later and arrested the suspect. #thankyouforthehelp #InItTogether pic.twitter.com/P6Vy5sgKjJ

The suspect, who has no fixed address, was arrested and transported to jail. VPD are recommending the following charges: