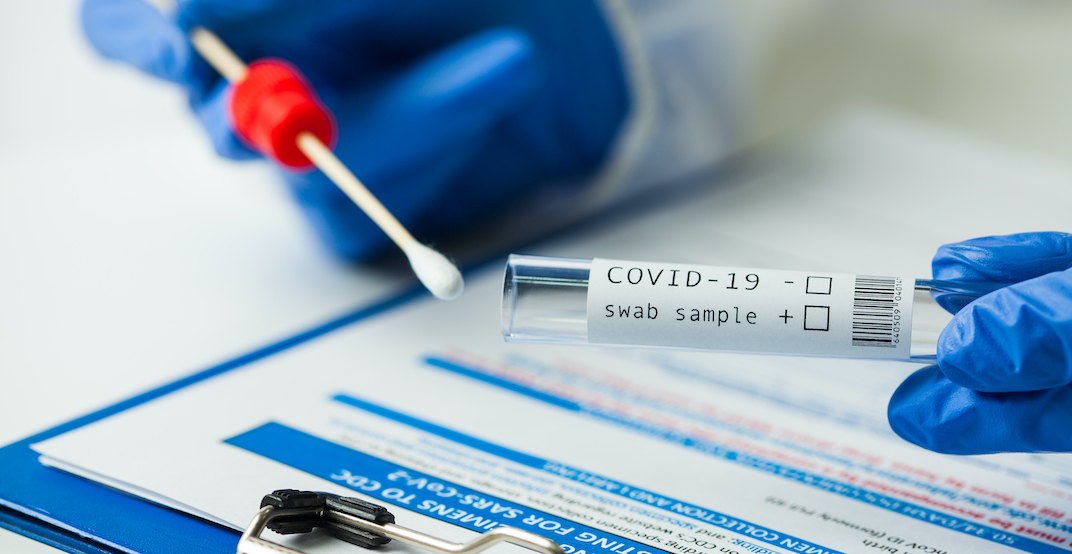 Over 394,000 British Columbians took part in a provincial survey about the measures put in place to combat COVID-19 as well as the impact the virus has had on them, and on Thursday health officials shared the results.

Provincial Health Officer Dr. Bonnie Henry broke down the survey results during an afternoon press conference, beginning with the impact of the pandemic and the subsequent impact its had on people of different racial and ethnic backgrounds.

“As we can see, there was a different impact on racialized populations in British Columbia,” she said.

These findings are “not a surprise to us, but it is something that we need to pay attention to,” said Henry. “We’ve seen around the world that this virus – and the measures that have been taken – do expose some of the inequities in our communities, and we’re no different.” 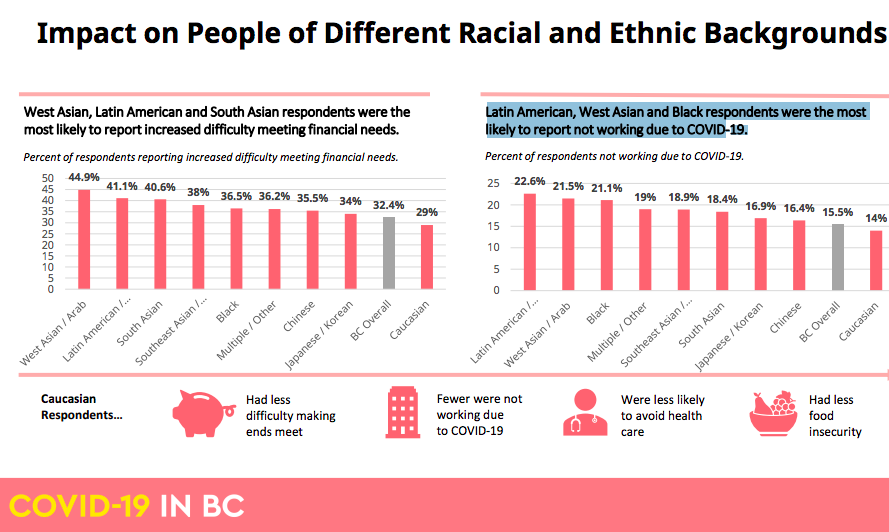 Another “concerning” finding, said Henry, was the fact that Caucasians “were more likely to report increased alcohol consumption, which can be concerning, in terms of helping to cope with the measures that we’ve seen during this pandemic.”

However, “we also see some things that are positive by different racial and ethnic backgrounds,” said Henry.

This, she said, included survey results that showed Latin American, Southeast Asian and Black respondents were the most likely to report increased connection to family. 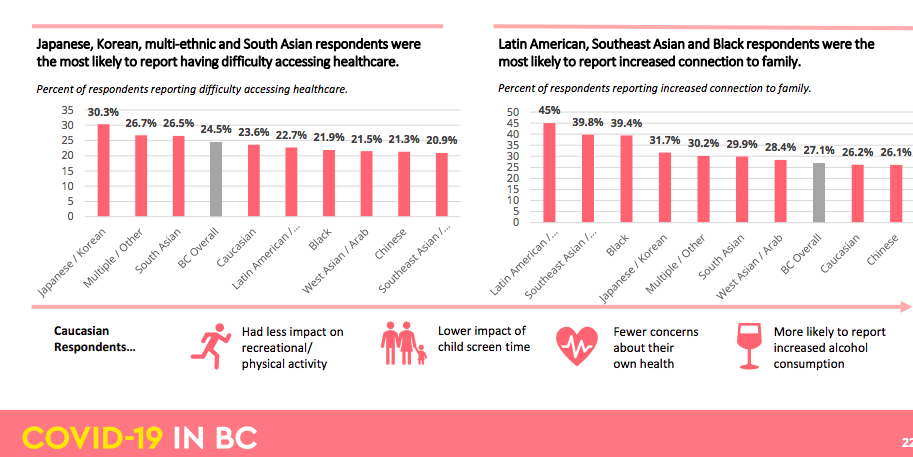 The survey also found that income played a factor in how well people cope with the pandemic, or how it affects them.

Overall, the results showed that individuals with incomes of less than $60,000 had increased difficulty meeting financial need, were more food insecure, and were more likely to be out of work. 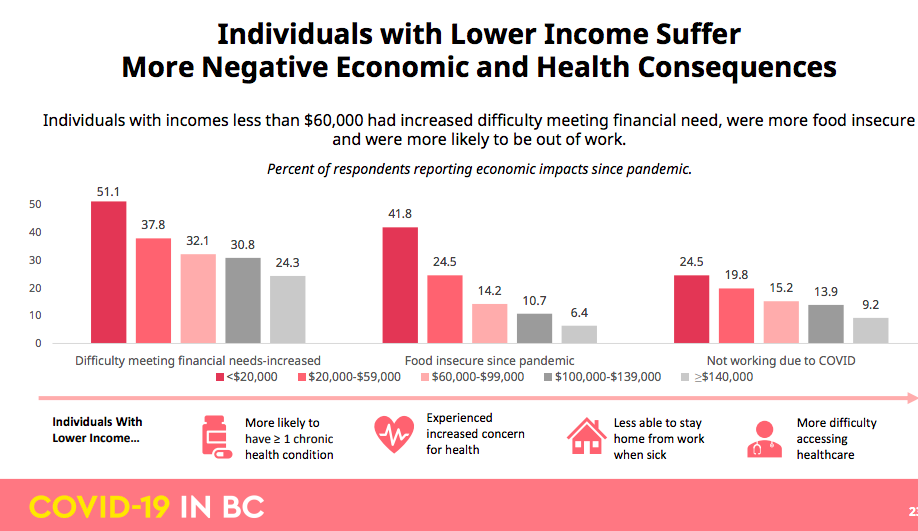 The survey also looked at the impact the pandemic and subsequent measures had on households that had school-aged children.

“What we’re finding is that although a number of racialized groups were more likely to report that children experienced impaired learning, what really strikes me across the board, all parents, two-thirds, three-quarters of parents with households with school-aged children reported that their children had challenges with learning, during the past few months,” Henry said.

Overall, among households with school aged children, 76% said their children’s learning was impaired, 78% reported decreased connection with friends, and 59% reported an increase in child stress. 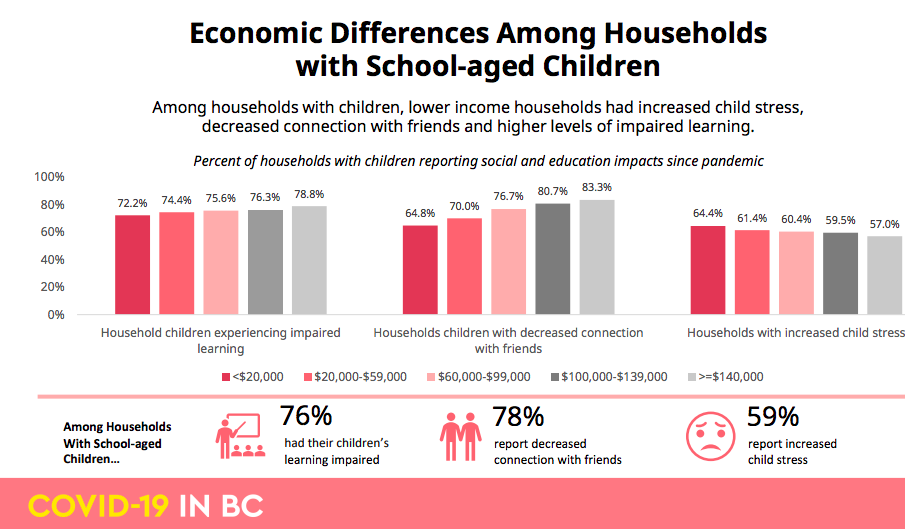 The survey also found that across the board, among lower-income households with children, there was increased child stress, decreased connection with friends, and higher levels of impaired learning, as well. 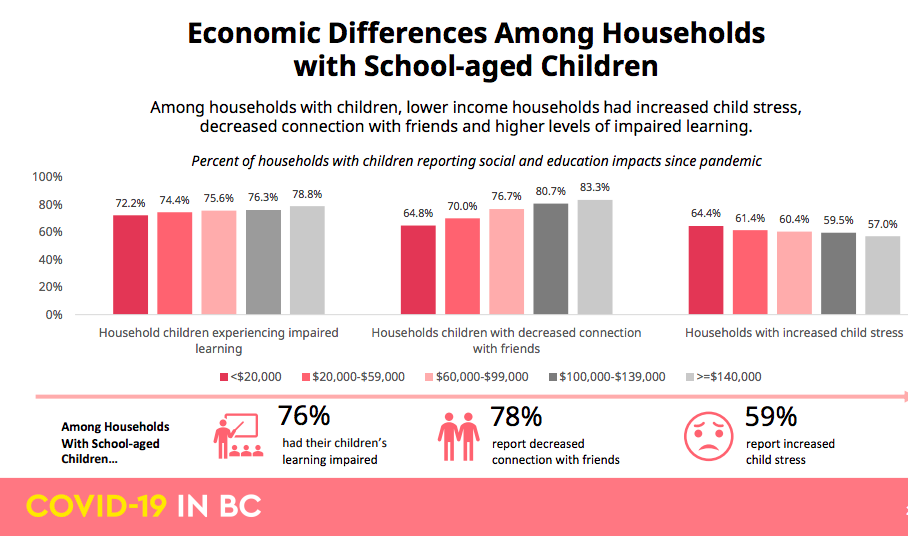 “These are all important considerations for how we move forward and the decisions that we’re making for the coming weeks and months,” said Henry.