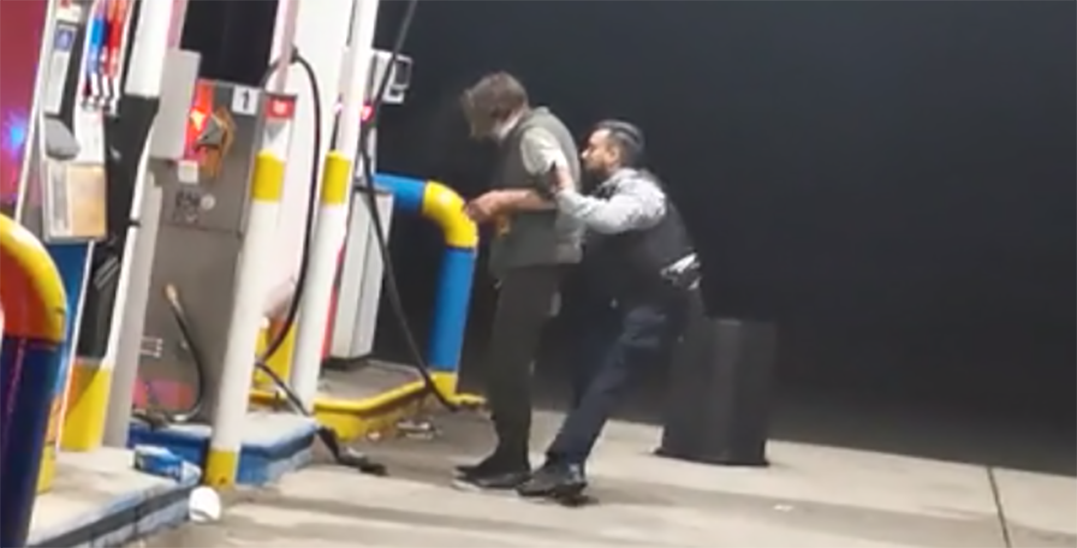 A man was apprehended under the Mental Health Act over the weekend after an alleged arson attempt in Burnaby.

On Sunday morning at approximately 5:30 am, frontline officers responded to the 6800 blocks of Canada Way. According to a statement from the Burnaby RCMP, they received reports “of a man who was attempting to set fire to a gas station.”

When frontline officers arrived on the scene, they reportedly saw the man trying to light a gas hose with a lighter. A police officer determined that the man was a danger to both himself and others and apprehended the suspect under Section 28 of the Mental Health Act.

A video posted on Reddit shows a police cruiser at the scene and an officer using force to handcuff the individual.

This guy was trying to set the gas station on fire. This morning in Burnaby at 6am. from r/vancouver

“Thankfully, a quick and measured response from our Frontline officers resulted in a safe end to what could have been a much more serious incident,” says Corporal Mike Kalanj, Spokesperson for the Burnaby RCMP. “The officer involved trusted his training and ensured the safety not only of the general public in the area but also the person who was taken into custody.”

Kalanj says that there are no charges currently being considered in relation to the incident.