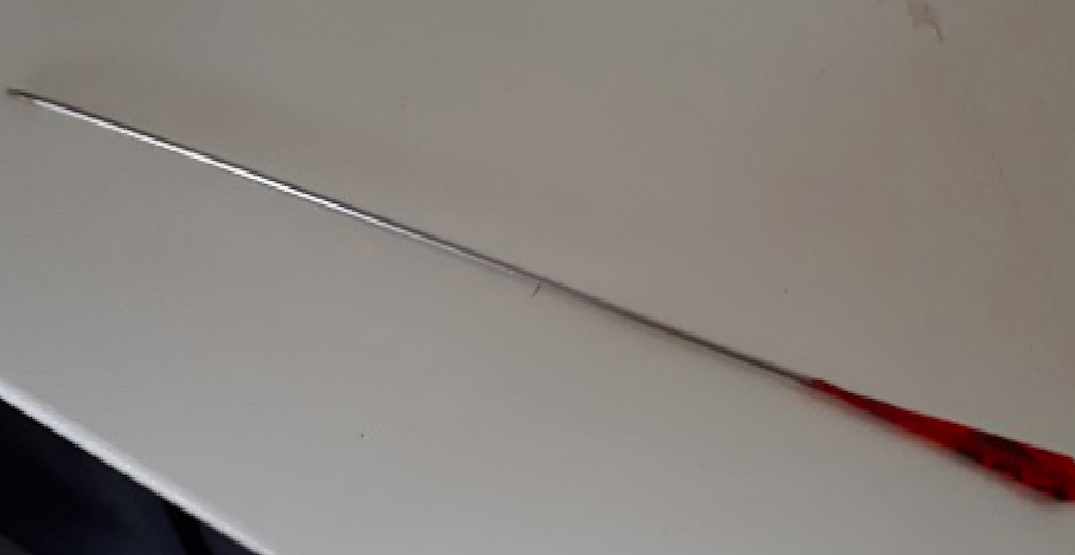 A man has been arrested in Victoria after allegedly shooting an arrow into a vehicle while two young children were inside.

In a release, Victoria police said that at approximately 11 am on May 4, officers received a report that someone shot an arrow into a vehicle near the intersection of Cook Street and Pandora Avenue.

According to the report, the vehicle was travelling south on Cook Street when it stopped at a red light at Pandora Avenue. The driver then heard a loud noise, which they believed to be a rock hitting their car.

Upon arriving home, however, “the driver noticed that a 10-inch metal arrow was lodged in the side of their vehicle,” police said.

The vehicle was occupied by a young family, including a two-week-old and a three-year-old. “Luckily, no one was injured,” police said.

On Wednesday afternoon, police received a tip from the public which led to the identification of a suspect. Officers located and arrested the suspect at a hotel in the 300 block Gorge Road East.

The suspect, who is known to police, faces recommended charges of possession of a weapon for a dangerous purpose, police said.