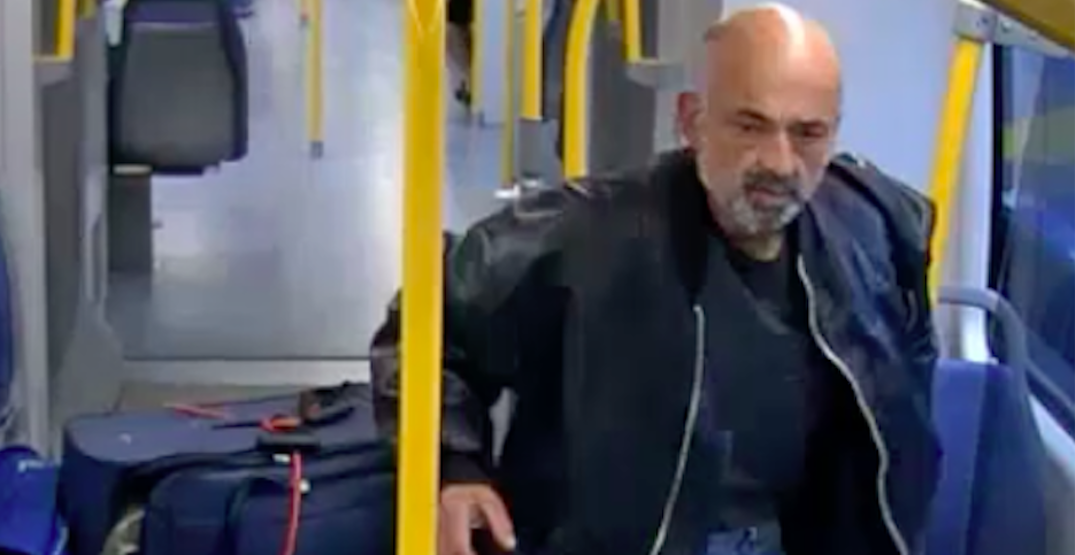 After Metro Vancouver Transit Police made a plea for help on Wednesday in finding and identifying a suspect after a woman was allegedly attacked while on the SkyTrain, police said on Tuesday that a suspect has now been arrested in connection with the case.

“I’m happy to say that with the public and the media’s help, a suspect has been identified and arrested,” Transit Police Sgt. Clint Hampton confirmed.

Hampton said the suspect is a 51-year-old Vancouver man of no fixed address, and was arrested “with the assistance of our partners at the Vancouver Police Department.”

Multiple charges, including assault causing bodily harm, theft, and mischief have now been recommended, he added.

According to Hampton, the incident took place at approximately 7:50 am on Saturday, April 25, when a young woman boarded a SkyTrain at Waterfront Station.

Hampton said the woman reported that she was approached by a man on the same train who had been staring at her. When she asked the man if something was wrong, he allegedly started yelling at her: “You people are why my daughter is sick.”

He then reportedly grabbed the woman’s bag and, without warning, “allegedly punched the woman in the face multiple times.” He then continued his assault by grabbing her by the hair and back of the head, “violently hitting her head against the SkyTrain seating.”

“When the SkyTrain stopped at Burrard Station, the suspect pushed the victim through the open SkyTrain doors and grabbed her cell phone,” said Hampton. “As the victim yelled out for help, she was quickly helped by two Good Samaritans who were able to retrieve her bag from the suspect.”

The victim suffered a cut above her eye, a bloody nose, and significant swelling to her face.

The suspect allegedly threw the victim’s phone against the wall, causing it to break, and remained on the train, eventually getting off at King George SkyTrain Station.

Transit Police were contacted once the victim returned home.

“Everyone has the right to use transit without fear of assault or harassment,” said Hampton.