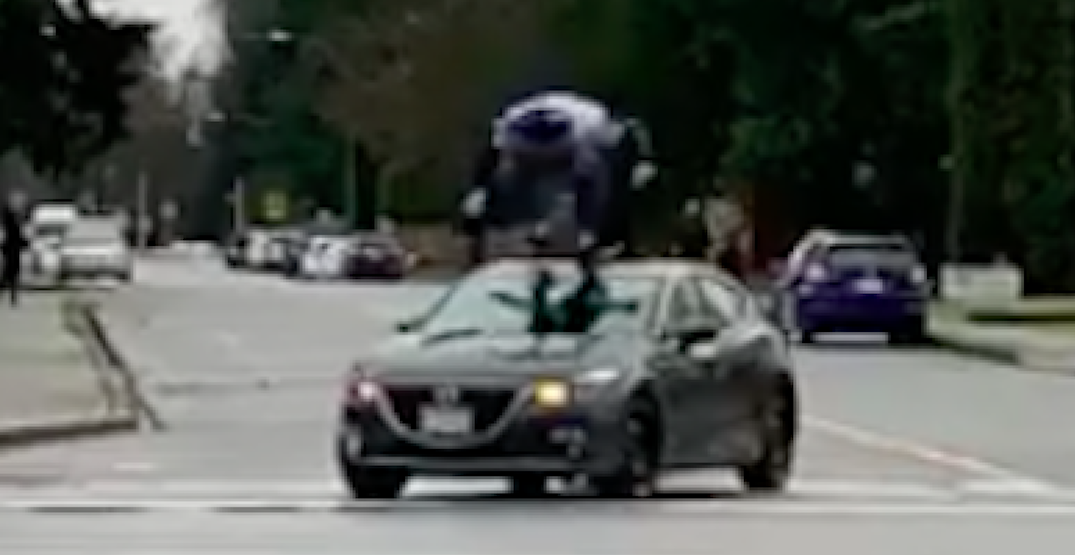 Police in Maple Ridge have arrested and charged a 30-year-old man, after video surfaced online allegedly showing him jumping onto a moving vehicle.

According to Ridge Meadows RCMP, the incident took place on January 25, around 3:45 pm, when police received “multiple complaints” regarding a man jumping on the roof of a Grey Mazda 3 near the intersection of 210 and Laity Street.

The subsequent investigation into the matter led to police identifying both the female driver of the vehicle, as well as the man in question. Police also learned that both people were known to each other.

The man, a Maple Ridge resident – who is known to police – was arrested for assault and mischief, and is scheduled to appear in Port Coquitlam Provincial Court today.